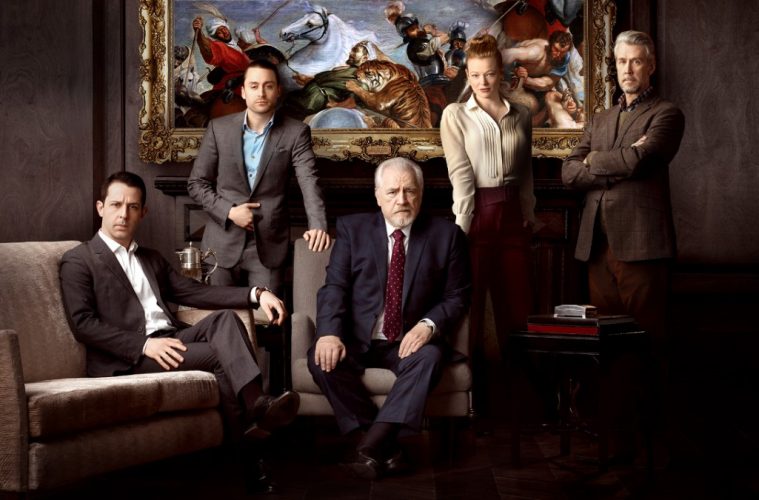 Below are our favourites from the year, plus two upcoming premieres we’re anticipating this December.

Extending its life, Zack Snyder’s continuation of Watchmen is one that’s received a lot of attention. While its roots dig in the comic world, there’s enough action in present day warfare to keep you locked without confused. If you’ve read the original content, though, you’re surely more apt to catch the references (like clocks ticking or smiley faces), which were found in the original series.

“The only way I know how to describe Watchmen is that it feels better than I even deserve it to be,” is a view many can get behind.

We don’t see it as the biggest win of the year (Succession is our top pick because it is the best and there’s no debating today), but Watchmen, like Succession, has its own unity of viewers tangling with their moral compass each episode, and that’s entertaining. Both series monitor corruption and subsequent mobilizing efforts, which seems to be something that citizens of the world can get behind right now.

The word “thoughtful” comes to mind when thinking about Pamela Adlon’s consistent progression of this series. For many of us, it was love at first sight when we first encountered Adlon’s introduction as Sam Fox, a woman that goes inside the moments while acting it out through sharp wit. With each season the pace remains the same: you continue to feel like you’re walking arm in arm with Sam and her family. There’s a sweet nuance that feels rewarding, even when Max (Mikey Madison) is rebelling or Frankie (Hannah Alligood) is saying life is over if we don’t fix [insert new issue here]. This show is an ultimate craving.

Developing fantastical and alternative worlds is great escapism, especially when they are based on fantastical novels like those of Phillip Pullman. The world where everyone has their own personal animal (“daemon”) is where we find ourselves, particularly Lyra Belacqua’s (played be the incredible Dafne Keen) world. The young orphan has been raised by Oxford scholars and comes equipped with a golden compass that only she can read, and she is on a quest to find the children that have gone missing. Lyra is spunky and adventurous and zips through scenes that are incredibly visual—it’s a whirlwind of magnificence that feels new, stunning, exciting, startling. And new characters (like lost boys with their own vulnerabilities) keep us learning. It’s been reported that this is BBC’s most expensive series to date. The show also stars Ruth Wilson and James Mcavoy.

Evil is a dynamic series from creators Michelle and Robert King, who also created The Good Fight and The Good Wife. Here you’ve got an ensemble cast with morphing beliefs. Kristen (Katja Herbers from Westworld) is a forensic psychologist who doesn’t believe in demonic possession or ghosts or anything to do with the supernatural, but is having moments of pause around the subject after she first sees George (a mutant demon of sorts that is “not real”). Dave Acosta (Mike Colter from Luke Cage) is a priest-in-training and does believe in demonic possession. He’s committed to helping rid evil. Then there is Ben Shakir (Aasif Mandvi from The Daily Show), a handyman who works with David as part of the Catholic Church, serving up ‘the smarts’ and coolness. Together, they are a team investigating the supernatural, following miracles and the unexplained, while also attempting to explain why people do bad things.

Evil also delivers some seriously jolting moments, starting in episode one; they don’t hold back on the uncomfortable, night terrors. There’s courtroom drama as well. Emmy award-winning actor Michael Emerson from Person of Interest (and Lost) also makes up Evil‘s dynamism. Emerson’s character, Dr. Leland Townsend, is just the right amount of creepy. He is also the one connecting the psychopaths to one another to stir chaos and threatening to ruin anyone that gets in his way.

One of the few entries on the list that garnered network appeal (in the traditional network TV sense) is Prodigal Son, which received a full season order just last month following weeks of strong viewing numbers. It is premised around a father-son relationship that unravels as the son helps solve murders of serial killers. The son, Malcolm Bright (played by Tom Payne from The Walking Dead), has the instinct and wherewithal because his father, Martin Whitly, was a notorious serial killer. And Michael Sheen (Good Omens) plays that serial killer father there to ‘haunt-help’ his son. While this isn’t a do-not-miss-or-else hit, there’s enough of a draw to declare it as a standout debut this year. It’s a slow burning thriller and we’re enjoying the ride.

Obviously the best is saved for last. Another season of “deliciously savage” debauchery among the Roy family has come and gone, and we loved it. There were plenty of standout moments that made us want to rewind the scene—Kendall’s rap performance among the most memorable. How about the whatever you want to call it relationship moments seen between Roman and Gerri? Or Roman and Tabitha, a relationship which just confusingly exists, yet works? Each of the Roy’s significant others also have their own quirks, which makes it collectively interesting to watch.

Newcomer Naomi Pierce (played by Annabelle Dexter-Jones) and her equally powerful family’s stronghold makes for more clinching moments of humour and humility this season. And then of course there is the kingpin himself, Logan Roy, who had some sniping commentary, outbursts, breakdowns and moments where his smug smirk and stern eyes did all the talking. (You’re 66.6% rooting for him.) 2019 also sees Shiv rise the ranks and scare us a bit more, after all she wants the empire and she’s smart enough to handle it. Following the lavish family of cunning sorts jet around is so satisfying.


The third season release date has not been announced, but we’re hearing summer 2020 is when we should hold our breath until.

Abigail Spencer leads this new contender that’s premised around revenge. Her brother’s gang did her dirty so Doris Quinn is out to write the wrongs and take back the story with blood. Ron Perlman (Sons of Anarchy) is a big reason we are interested.

Anything with FX attached to it instantly gets a glance. This miniseries looks at the Charles Dickens’ classic. Guy Pearce plays Ebenezer Scrooge, Andy Serkis plays Lottie (“Ghost of Christmas Present”) and then Joe Alwyn is Bob Cratchit (Ebenzer Scrooge’s clerk). The remake also comes from Peaky Blinders creator Steven Knight and was directed by Nick Murphy (The Awakening). FX’s A Christmas Carol is produced by FX Productions in association with the BBC, Scott Free and Tom Hardy’s Hardy Son & Baker production company.

Update: We also just caught the start of The Moodys (US) over the weekend and suggest you check it out. It is a six-part miniseries featuring family dysfunction, which we all love to watch when it comes to holiday gatherings. It’s a remake of the Australian miniseries and stars Dennis Leary, Elizabeth Perkins and Jay Baruchel. It’s funny. Watch it via FOX.