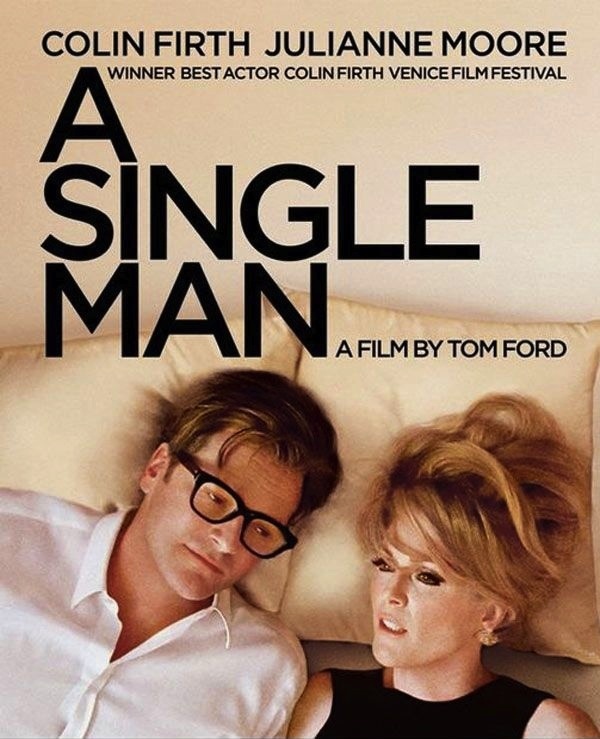 Everything about this film  sounds beyond appealing to me. A moving yet unsettling dramatic plot line, acted by the original Mr Darcy, Colin Firth and Julienne Moore, production design by the people behind Mad Men, and if that wasn’t enough, the man behind direction, production, and authoring the screenplay is the one, the only, the fashion lord, TOM FORD!

And, incase that isn’t enough for you, add loud Oscar buzz to the equation!

Set in 1962, adapted from the Christopher Isherwood novel A Single Man, the film, by the same name, has been recognized for its Golden Lion award winning cast and incredible cinematography.  It’s also Tom Ford’s directorial debut and transition from his previous world-wind success as a fashion designer for Gucci, YSL, and his own mens line TOM FORD.

The novel, dedicated to Gore Vidal, depicts one day in the life of the main character George, a middle-aged gay British college professor dealing with the sudden and tragic death of his longtime partner.

The novel has also been been regarded by American author and literary critic Edmund White as “one of the first and best novels of the modern gay liberation movement”.

The film centers on the same premise and promises to be a true dramatic masterpiece.

Check out the trailer below.