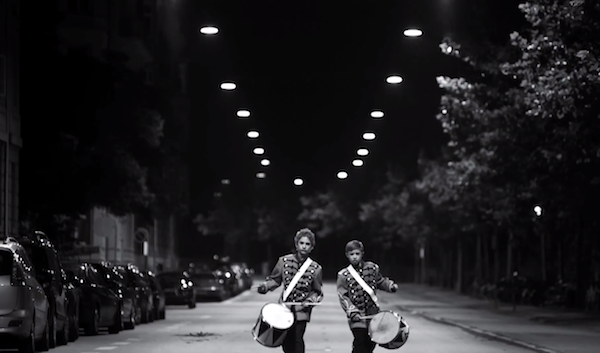 A welcomed shift from The Raveonettes earlier videos from their latest album Observator, the clip for “Curse The Night” sharply follows two child drummer boys around the streets at night.

Directed by Danish directing duo Strom/Hansen, the boys gang up with a few girls also in costume rather innocently until they basically rob two shockec police officers. Watch below.