While it may be currently snowing in Toronto, this time last weekend we were in sunny Los Angeles for Tyler, The Creator’s Camp Flog Gnaw Carnival. Running over the November 11th-12th weekend at California’s Dodger Stadium, the Odd Future celebration first started in 2012 and has since grown into a huge can’t miss event with multiple stages for all ages. Fashion was a focus with the “Okaga National Mall” space taking up a huge chunk of the grounds, filled with massive lines for limited edition merch & GOLF le FLEUR* wear. For those not wanting to wait in line for the latest fit, there was plenty of carnival rides to enjoy for free and tons of tasty treats to satisfy all kinds of munchies. 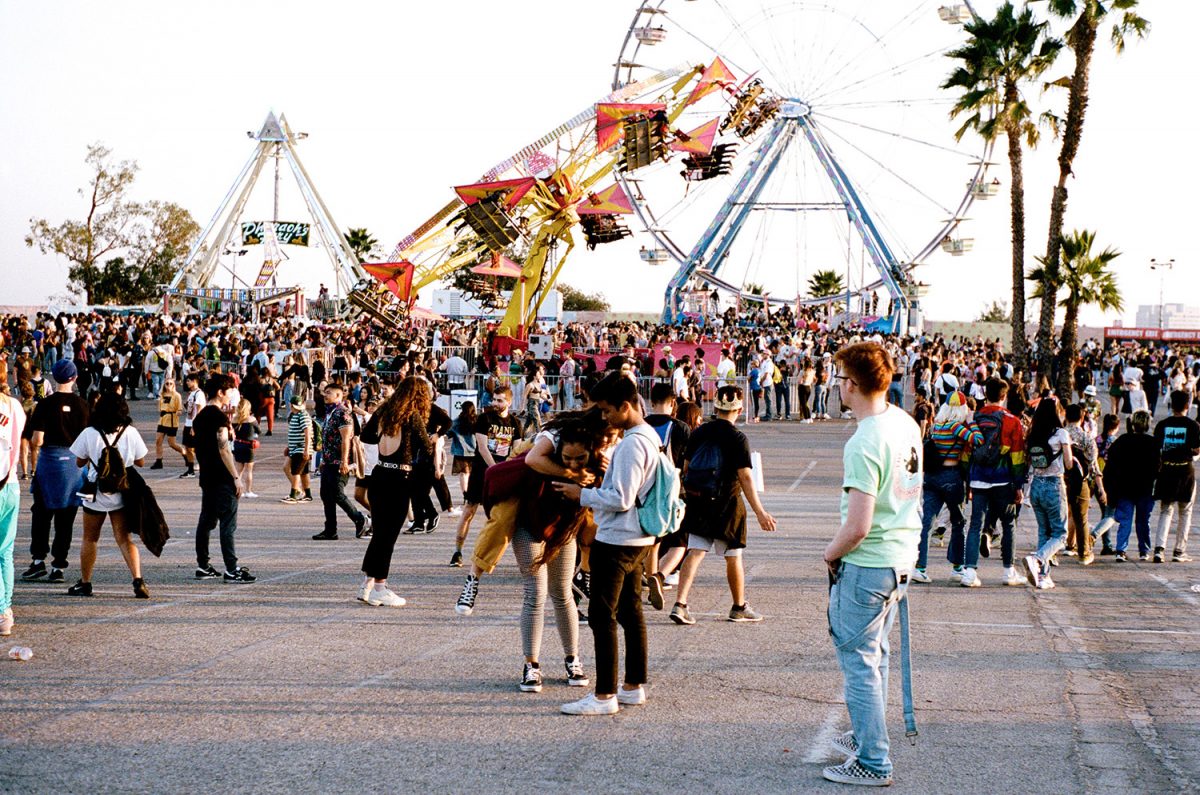 This year’s 2018 edition of Camp Flog Gnaw featured the likes of A$AP Rocky, Jaden Smith (who jokingly called out Tyler as his boyfriend on the mic), Flatbush Zombies and Jorja Smith, along with cool kid on the block Billie Eilish, the oh so stunning Kali Uchis and the ridiculously underrated Tierra Whack. The OFWGKTA fam was also in full effect with appearances by Left Brain, Taco & Earl Sweatshirt, as well as The Internet who played tracks off their wonderful new album Hive Mind.

Of course, the dude known as Tyler, The Creator played a sick set (decked out with a dope treehouse) followed by Pusha-T & SZA who closed up the Saturday night stunningly. On Sunday we simply lost it when Ms. Lauryn Hill took the stage and then cooled down and vibed the heck out with Post Malone who followed. While the Brockhampton’s set was cut short by the fire department, fans were pleased when the hype act later made a return to the stage to complete their set. Kanye and Cudi’s Kids See Ghosts brought the weekend to a close with their debut live performance in a Lorde-esque glass box. It was a sun-soaked weekend full of good tunes, Ferris wheel rides, churros and top-notch looks. Check out our 35mm photo essay to catch a glimpse of this year’s Camp Flog Gnaw Carnival glory.