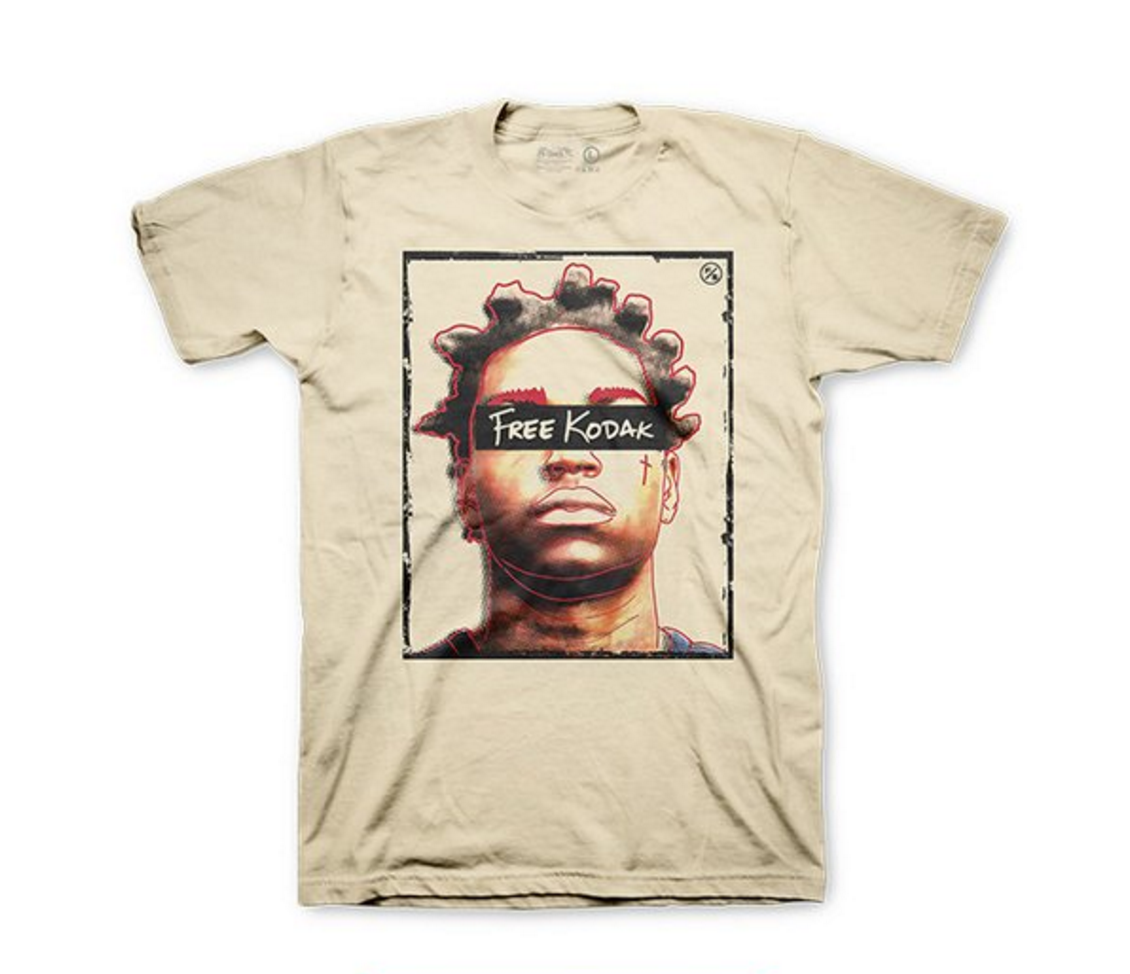 After making a brief appearance on DJ Khaled’s Snapchat, the official #FreeKodak t-shirt is now available for purchase.

The shirts are being produced and distributed by Miami, Florida-based clothing label Fly Supply and are available at flysupplykodak.com. The pre-order cost of the shirt is just $25 until Friday, August 5th while the official release price will be $35. The shirt is officially available as of August 19th.

The website says that “a portion of the proceeds will be contributed to the family of Kodak Black & towards legal obligations.” Kodak Black is currently being held on multiple charges by the Broward County Sheriff’s Office. The 19-year-old Florida rapper is facing charges of false imprisonment and robbery.

Kodak Black was one of the rappers featured on this year’s XXL Freshman List.