The New York Times: A Week with Pharrell Williams 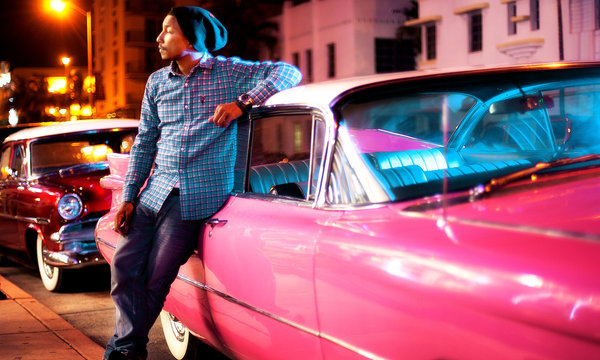 Singer, rapper, producer, songwriter and designer Pharrell Williams was recently tapped to be a style consultant alongside composer Hans Zimmer for the 2012 Academy Awards. Bee-Shyuan Chang of The New York Times recently spent a week with Pharrell, who is based in Miami these days, to document his day-to-day activities leading up to the Oscars.  Read day one below and the entirety of the feature here.

WEDNESDAY, FEB. 15 In Miami, it’s usually warm, but I’m mostly indoors. I started off my day wearing a Billionaire Boys Club white crew neck T-shirt, blue denim jeans and SpongeBob SquarePants toe socks. I love SpongeBob; I just think he’s funny. Squidward is my favorite, though. If he was a human, I would hang out with him. I had a photo shoot scheduled with my good friend Nigo for his brand Human Made and we decided to have the shoot at my apartment. I modeled a lot of the clothes, which pay homage to the very early Levi’s cuts, and ended up really loving these striped shorts. They were simple but the fit was awesome. I tried to take it from Nigo, but he said he needed it.

After the shoot, I headed to the studio to meet up with Diplo. Kept on the jeans and changed into a blue flannel shirt, black N.E.R.D. logo skullcap and my custom Timberland six-inch black leather boots. I drew on the boots with white and red Sharpie paint pens. It’s a bit American mall rat- and punk-influenced: some cartoon graphics and a small Chanel CC logo. After, I stopped by one of my favorite stores in Miami, the Webster. The owners have great taste and they carry Chanel. I’m a really big fan.