The National x Bob’s Burgers “Sailors in Your Mouth” Video 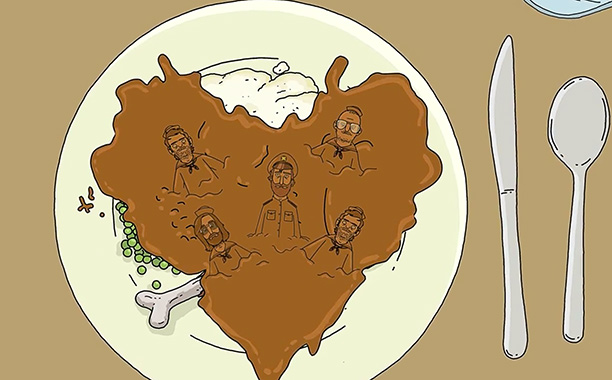 Just in time for Thanksgiving the animated television show Bob’s Burgers has teamed up with Brooklyn band The National to release an exclusive and rather hilarious new track called “Sailors In Your Mouth” which follows last year’s track from the Thanksgiving special called “Kill Your Turkey.”

Entertainment Weekly has the exclusive on the video clip, which you can watch here, directed by Bob’s Burgers writer Scott Jacobson.