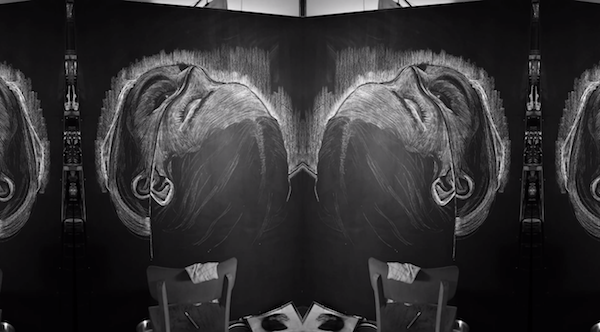 The National have been teasing their new material off their forthcoming sixth album Trouble Will Find Me in a live setting the past couple of weeks and finally they’ve released the first real taste of their new direction in the form of a video for “Demons”, premiered on yesterday on BBC 6Music.

It’s a super neat time lapse video featuring an artist rendering the album art for Trouble Will Find Me, which drops on May 20th via 4AD. Watch below.