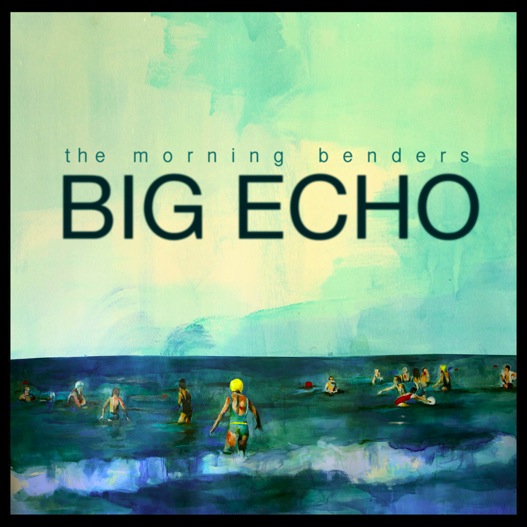 These Californian indie poppers have been on the radar for a few years now, but with their latest album Big Echo, The Morning Benders have officially secured their space at the top for 2010. Their sound is a polished mellow pop with Beatles sensibility and harmonies that are reminiscent of the Shins Southwestern instincts.

After their 2008 debut album, Talking Through Tin Cans, they’ve added Grizzly Bear’s Chris Taylor as co-producer and multi-instrumentalist to the mix on their latest album which is set to drop on March 9th via Rough Trade.

The track that really breaks ground for them on the album is “Excuses”, which marks the end of their past and the beginning of an eye-opening twinkling song filled with layered echoing harmonies, methodic rhythm, 1950’s doo-wop, and electric guitar.

Take a look at the live video for “Excuses” which will make you fall madly in love with The Morning Benders.