The Meadows Music and Arts Festival returns to Citi Field in Queens, New York, on September 15-17. The second annual festival has stacked some impressive headliners: Jay-Z, Red Hot Chili Peppers, and Gorillaz. The lineup is also peppered with some heavy hitters by the likes of Future, Nas, Migos, Action Bronson, Run the Jewels, Eryka Badu, Joey Bada$$, 21 Savage, Torey Lanez, Blood Orange, Sky Ferreira, Tegan and Sara, De La Soul, and Big Boi. Rising UK rapper Dave is also chiseled on the lineup. M.I.A. is scheduled to make her second Stateside performance since her US Visa ban after her cameo at the Superbowl with Madonna several years ago.

Tickets go on sale Wednesday, May 10 at 12PM EST, with 3-day general admission passes starting at $275USD. Head over to The Meadows Music and Arts Festival website to scope out ticket packages. Check out the full lineup below. 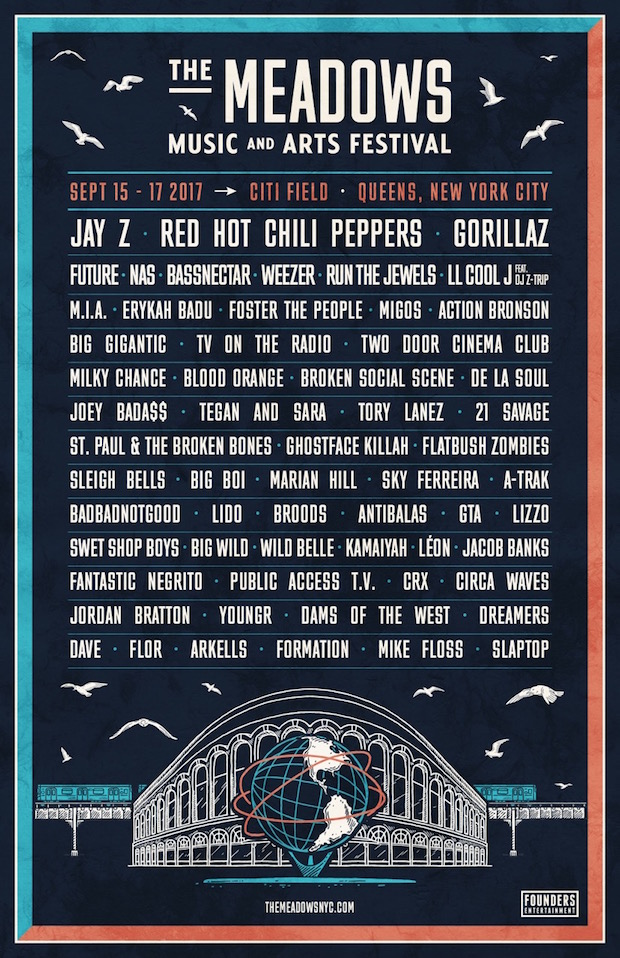