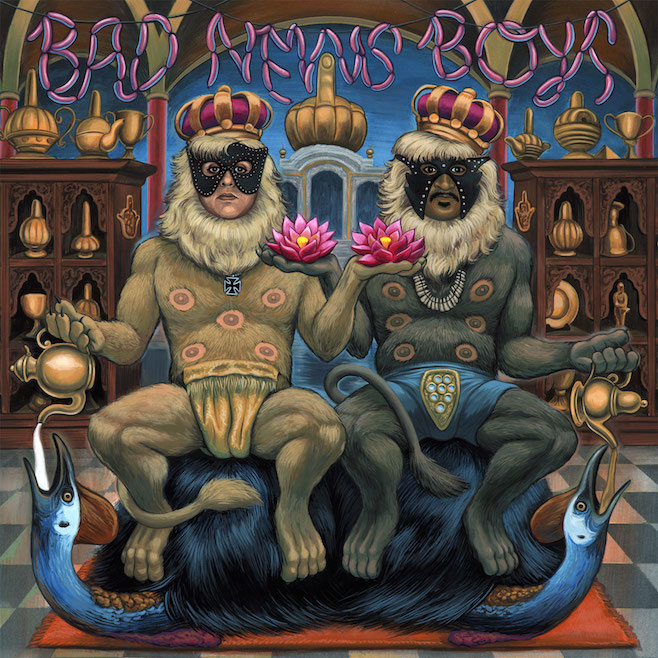 It’s been a while since we’ve heard from King Khan and The BBQ Show and they’ve just released the first taste of their forthcoming new album Bad News Boys and moved the “The” in their name to the front, making them The King Khan & BBQ Show.

That’s the album art above featuring Khan and Mark Sultan sitting on an ostrich(?) thrown with Bad News Boys spelled out in sausage links. “Alone Again” is the first twangy taste of the twelve track release set to drop on February 24th via In The Red. Hear it below followed by the track list.