“The Internet” By James Murphy 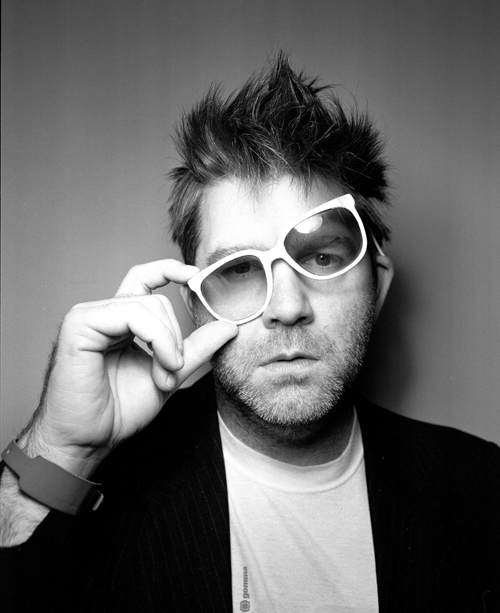 I love James Murphy. I love LCD Soundsystem. I love DFA records. I love that James Murphy is passionate about music and cares about its overarching reach and effect.  Today whilst I was cruising LCD’s myspace I noticed that Murphy had posted a new blog message, entitled “the Internet.”  I read through it thoroughly and I must say I love Jame Murphy even more. I know it goes against the entire purpose of his post, but I am reposting the bulk of the text below for you all to read.


“the internet is funny.  i avoided all of it for a long time because it seemed gross and lame.  i mean, i fought with my label not to have a myspace page at all in the beginning because, well, because i’m old and weird and buy vinyl records and do things like write letters, and it all seemed too strange.  so they made one anyway, and i avoided it.

when i came back from the last tour, i found something insane like 13,000 messages in the lcd inbox (after wrangling the access passwords and crap from capitol) and felt pretty badly that there was so much personal mail from people that went totally unanswered, then set out to answer as much of it as i could without giving up my life completely, and did.

anyway, i’ve noticed lately that almost all my myspace messages come from other things promoting themselves, and less and less from people reaching out, so it’s less interesting, for sure.  but then i found out that the label had started a facebook (and, of all things, “twitter”) account “on my behalf”, and i grabbed the access to them, as well.  i mean, if people are going to think stuff is coming from you, then it might as well be coming from you, you know?  so there.

this is still the better place to write these longer things, for sure, but i noticed that the facebook page is more idiotic and hilarious.  twitter…  well, i don’t quite get it.

anyway, i’m making a record, as previously blathered about, and this means that my horrible, useless website is getting redone by my friend sonya.  i mean, it sucks, which was my choice.  i was like “can this look more horrible?”  i wish i was kidding, but i happen to like crap.  i just do.  but she’s promised to work with me to make sure it’s still unwieldy and awkward, which is good preparation for everything else lcdish, and i promise to be less grumpy about things actually being “useful”.  it’s just that things that are too “useful”…  well, i don’t entirely trust them.  i kind of like useless things.  for instance—and this is a pretty facile and simplified metaphor here—art is useless, and nazis made lots of useful things.  i like dumb meandering things that make me happy and confused, and don’t particularly like “effective marketing tools designed for maximum accurate data capture” blah blah blah.  it all sounds so sad and functional.  i don’t like the idea of people sitting in a room talking about the best way to word things to get the right reaction from a base of “users” etc.  i don’t like thinking that those people used to love to do something, or wanted to be something, and would up measuring the best way to manipulate other people.  i honestly don’t judge them, but i feel weird, and sort of sad—not FOR them, in a pitying way, as i have no idea how they fell, for fuck’s sake, and i’m a ridiculous person by the measure of a pretty deep cut of the population—but ABOUT them.

anyway, marcus (shit robot), my friend and dfa artist, is coming over to have an espresso and a shot of tequila (not mixed) before he goes to santos to dj with the holy ghost guys.  marcus has a kid, which i think is totally amazing.  he’s a great dj and here to get his album done with me.  lives in germany now, so just visiting.  and here, on this weird thing, i can just say “marcus is coming over for an espresso” and it goes from simple, personal fact that i might tell nick from holy ghost in a text (in fact, just did) to a weird other-meaning thing that exists here…  or everywhere.  i’m not so used to this personal as media shit.  but, on the other hand, what’s the difference really between this and a song about something personal?