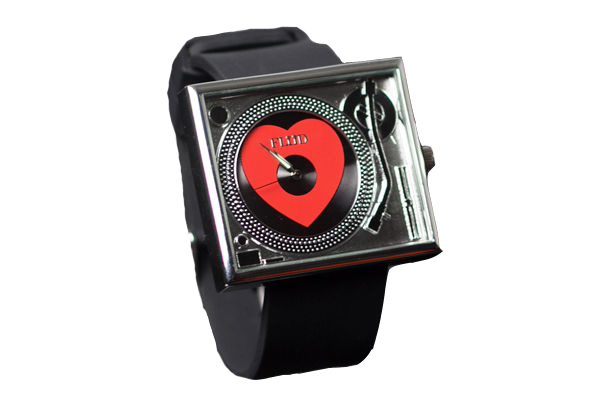 For the Spring 2012 season, NYC-based FLuD Watches has released a pretty slick collaboration with singer, song writer, and producer Mayer Hawthorne.  You know we love us some Mayer Hawthorne. The two collaborated for a very special edition “TABLETURNS” timepiece featuring a heart shape on the dial of the watch, which is a symbol that he has often utilized from the beginning of his career. Mayer Hawthorne’s debut single from his first album was a limited edition red heart-shaped vinyl and made perfect sense alongside the already existing “TABLETURNS” watch. You can purchase watch here. 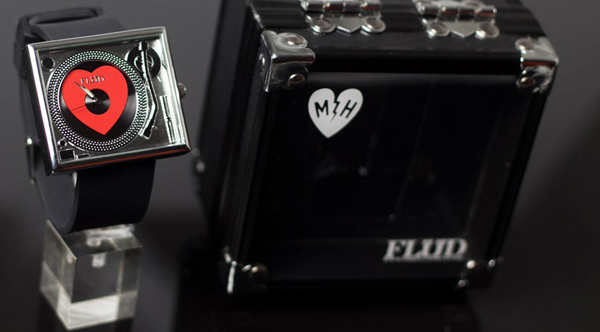 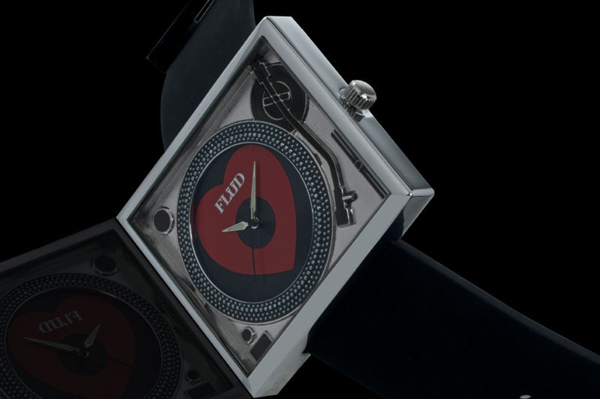