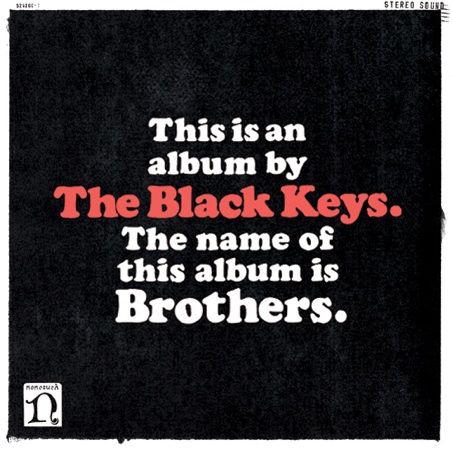 The Black Keys must be one of the busiest and hardest working bands out their, with their recent hip-hop collaboration with Damon Dash, entitled BlakRoc, Dan Auerbach’s solo album, and Patrick Carney’s Drummer project. Despite this seemingly all encompassing schedule the Black Keys have announced that they will be releasing their sixth album entitle Brothers, on May 18 via Nonesuch.

The album was recorded almost entirely at the famed Muscle Shoals studios in Alabama and mostly produced by Auerbach and Carney themselves.  Brothers, however will features one song, “Tighten Up” which was produced by Danger Mouse, who produced the last Black Keys album, Attack and Release.

Checkout the expected tracklisting for the upcoming album below.