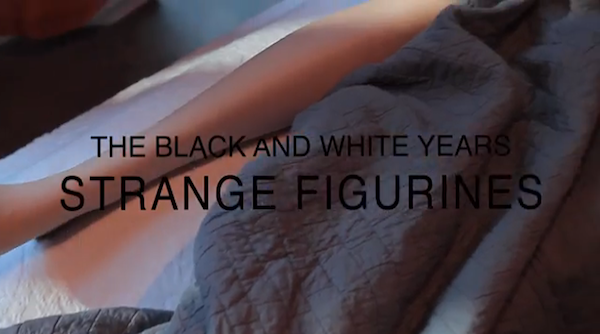 Austin-based quintet The Black and White Years release their latest video for “Strange Figurines” from their LP by the same title which has just been released.

Singer and guitarist Scott Butler explains how the title song is based on a close friend’s very relatable experience of falling for a girl who was already taken and was on the fence, whether he should risk their friendship by telling her how he felt. The whole music video features slow shots of cold mannequins in familiar situation in the background with the lyrics in big white font taking up the most of the attention which hammers in the notion of knowing exactly what you want to say but you’re unable to. Funnily enough, the video also bears comparison with the 2007 quirky film with Ryan Gosling Lars the Real Girl.