The Best Films to Catch at Hot Docs 2018

This year Hot Docs turns the big 25, ready to continue its reign in the film festival circuit—it is the largest festival of its kind in North America after all. 2018 will see nearly 250 films screened at various venues across Toronto and of those films 50 percent were made by female filmmakers. Special presentations, world premieres, Canadian talent all pops up starting April 26. The festival concludes on May 6.

Here are our top selections to check out.

This is our top pick of the bunch, and after screening it, well, it’s hard to rinse away what was seen. Basically, “the cleaners” act as the moderators of content online. The film starts out with eyes on the computer screen: we see someone clicking through photos deciding to ignore or delete what’s being shown. These content moderators are making “major editorial decisions” daily with one man saying “we are just like policeman” and defining that the goal of the job is to make a platform as healthy as possible. 25,000 photos need to be viewed and either ignored or deleted based on guidelines, done so through the decision-making of these young adults. That’s a quota of 25,000 photos that must be viewed daily by the way. What’s seen can be painful, obscene, funny or downright disgusting. One particular scene of a man talking about a beheading shook the core, not just because of the horrible imagery but also how the man’s voice is so monotone as he describes how the beheading was done. The desensitization in itself is deeply haunting. In the age of social media and with the recent Facebook fiasco, this is perhaps the documentary that can serve as a portal into the world we don’t see but may think we do. Prepare to feel uncomfortable.

The Heat: A Kitchen (R)evolution

The documentary delves into workings of female chefs, directed by Toronto’s Maya Gallus. Gallus, a Gemini award-winning filmmaker, profiles the competitive nature of cooking and The Heat is the opening film of the festival. It’s also the world premiere. Acclaimed chefs from Toronto, New York, France and beyond including Toronto’s Suzanne Barr from The Gladstone and Kid Chocolate as well as sustainable seafood queen, Charlotte Langley, are featured. If you saw previous work from Gallus, such as Dish: Women, Waitressing & the Art of Service, you know how gifted she is at making a behind-the-scenes story come to life especially through female voices.

Centred around Nigeria’s power crisis, Take Light comes from award-winning filmmaker Shasha Nakhai. Specifically in focus is Nakhai’s hometown, Port Harcourt in Nigeria, where there is serious instability with electricity and the film shows different sides of those experiencing it all—from the electricians sent out to cut power to those losing hope, trying to stay positive. The Port Harcourt Electrical Distribution Company is a one of the main entities featured and we also meet Deborah, a debt collector that is sent out into often volatile exchanges with people.

Won’t You Be My Neighbor?

Here’s a film about a childhood icon, someone that gave us educational programming and a whole lot of cardigan changes. One of the most recognized voices from TV no doubt, Mr. Rogers was a staple in pop culture and his worlds of make believe were unique, creative and calming. He was a global educator and talked about human conditions and issues—from divorce to death to respect and love. “The greatest thing that we can do is to help somebody know that they’re loved and capable of loving,” his voice is heard saying in the film. We need to see more people like Mr. Rogers making headlines.

Artificial Intelligence continues to shape what our reality is or will become and Tommy Pallota takes the quest of learning even further, creating a robot camera that could interview him. Questions like “If we make the machines better than us, why do they need us at all?” are voiced, and the documentary also asks what it means to be human. Experts including professionals from Boston Dynamics are featured. Ethan Hawke makes an appearance too. Hot Docs will mark the film’s international premiere.

I Used to be Normal: A Boyband Fangirl Story

If you’re looking for a film that will make you laugh and feel nostalgic, probably prompting you to bust out old CD’s and your BSB signed t-shirt, look no further. Not every documentary needs to be about heavy subject matter. The film takes us on a journey with different generations of women and we learn about their fondness (more like obsession) of a beloved boyband, from the Beatles to One Direction. We are reminded of the power these bands have on their fans. Making its world premiere, I Used to be Normal reminds us what fanatic fans will do for their biggest loves in music. It’s a 96-minute distraction worth geeking out to. 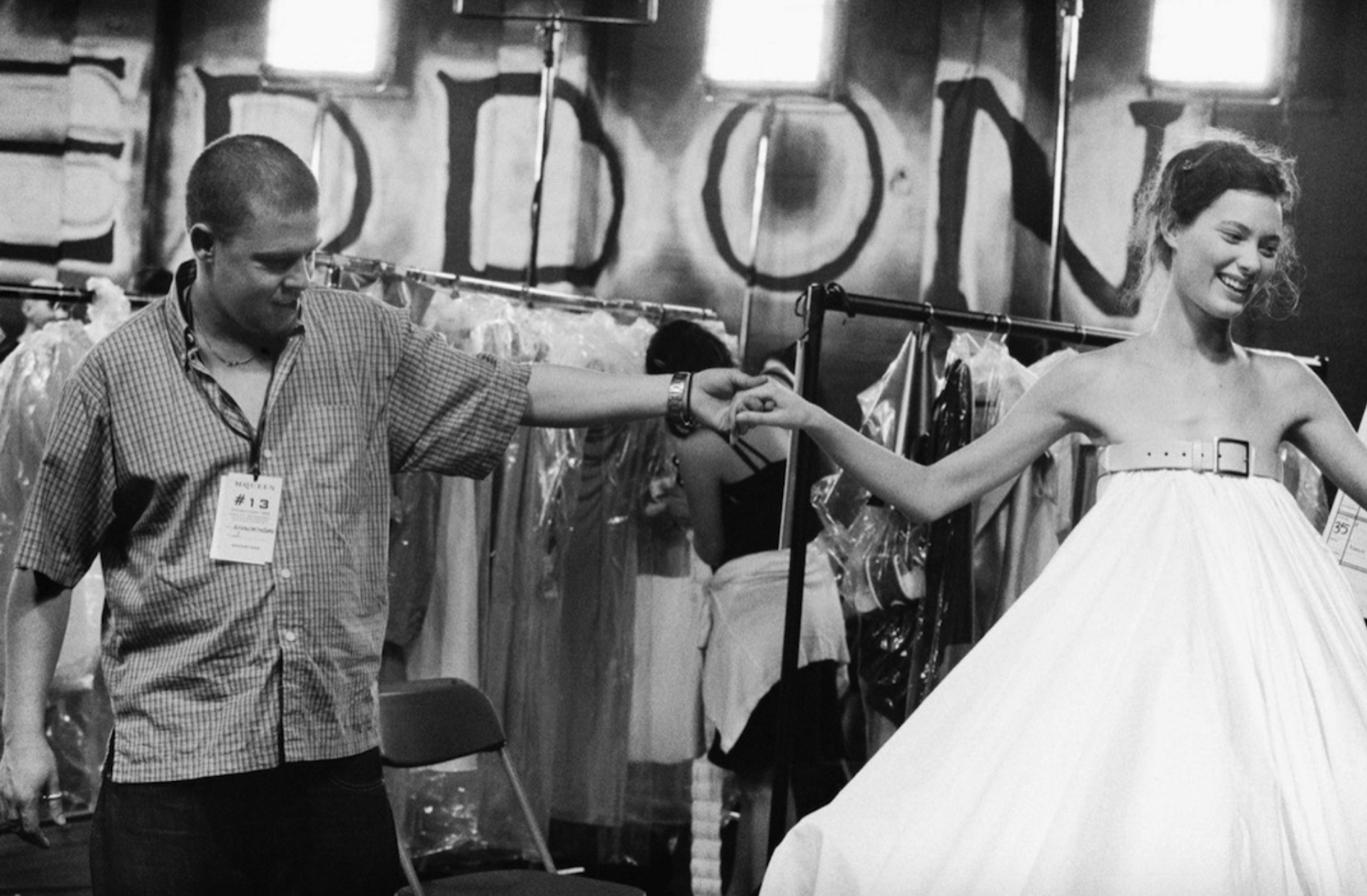 The film from devout McQueen idlers Ian Bonhote and Peter Ettedgui digs into the life and talent of one of the greatest fashion designers of our time, Alexander McQueen. Nearly 200 sources were used in the vetting process, which discusses the skillful creative genius and gives mention to his suicide at age 40. “We felt it was the perfect time to do this because there was a little bit of distance from eight years ago, when he passed,” Ettedgui told Vogue. “We wanted to understand where he came from, which is not your typical route in this particular world. Within 10 years he went from being an intern listening to Sinead O’Connor in the Red or Dead studio to being one of the greatest celebrities on the fashion circuit. How did that happen? Why did that happen? Who was he?” 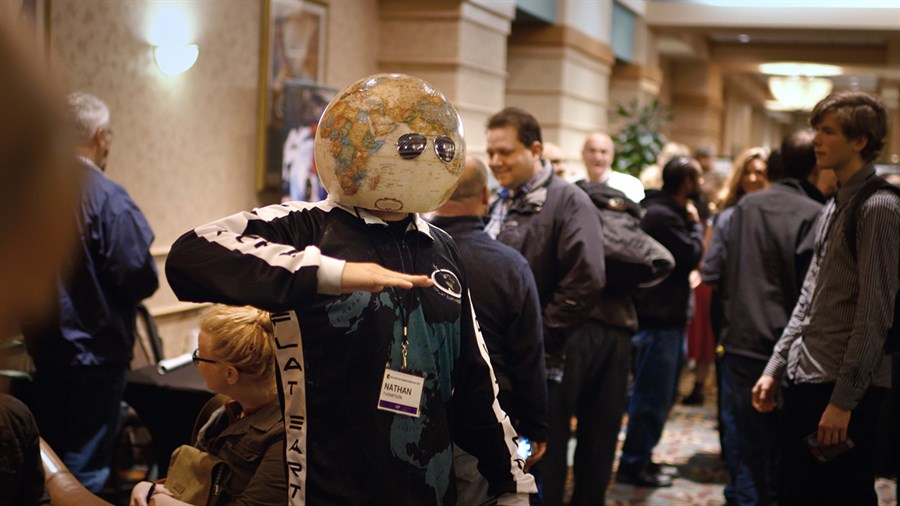 Not everyone believes the Earth is a globe and this film highlights those ‘Flat Earthers’ who believe there has been a conspiracy for centuries and that the Earth is in fact flat. The film is one of the special presentations at the festival this year and it’s bound to spark some friendly discussion, confusion or both.

Back in 2010, Montreal’s Barry Avrich put together a documentary on Harvey Weinstein, focusing on the man behind some of the biggest productions in Hollywood. This was before the world publicly knew about his disgraceful actions and conduct. Fast forward eight years and Avrich is back this time partnering with Toronto producer Melissa Hood on this documentary, which has its world premiere on April 28 as part of Hot Docs. The film digs into the predator himself as well as the way he was taken down. It also shows us what the “industry” looks like. The film does profile other scandals too including those surrounding Louis C.K and Woody Allen. Many voices are heard — from victims to industry folk who know the inside workings of an entertainment environment that is seeing its own reckoning. Following the screening there will be a Q&A featuring actresses Lauren Sivan and Melissa Sagemiller (both appear in the film) as well as Melissa Hood and the co-founder of #AfterMeToo, Freya Ravensbergen. Director and co-producer Barry Avrich will also be in attendance.