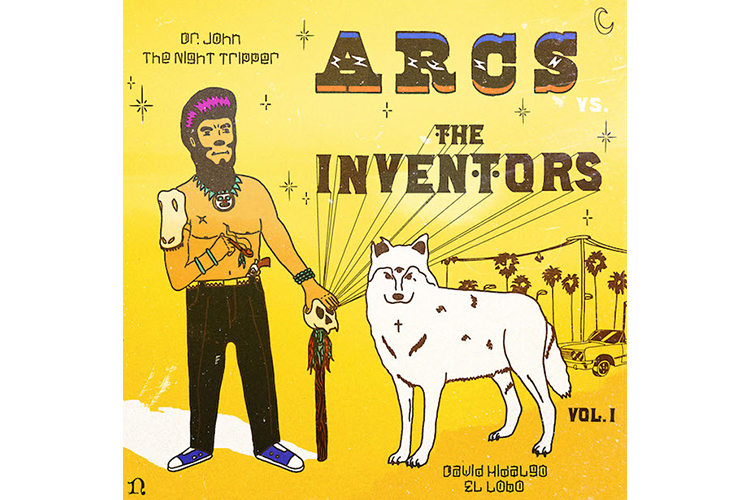 The Arcs just launched a rad new series called “Inventors” with Dr. John. It’s part of a Record Store Day (November 27) limited edition release. It’s called The Arcs vs. The Inventors Vol. 1 and also features  David Hidalgo of Los Lobos. It seems like The Arcs are reaching out to the artists they admire and hassling them until they agree to work together. That’s precisely what we would do if we had the chance. Read Dan Auerbach’s remarks on the project below.

Sometimes the best way to see into the future is to study the past. In this series we do both, collaborating with folks who have been in the game a long time but instead of rehashing old material, we collaborate on new works, explore new ideas and introduce each other to a different generational perspective. We’ll continue in this series to track down our heroes and bug them until they agree to make some noise with us. Hopefully we learn a thing or two. Yours, Dreamily.

In case you’re a little lost, The Arcs are a band led by The Black Keys’ Dan Auerbach. We can expect more collaborative releases from them. Check out the tracklisting and upcoming tour dates below.