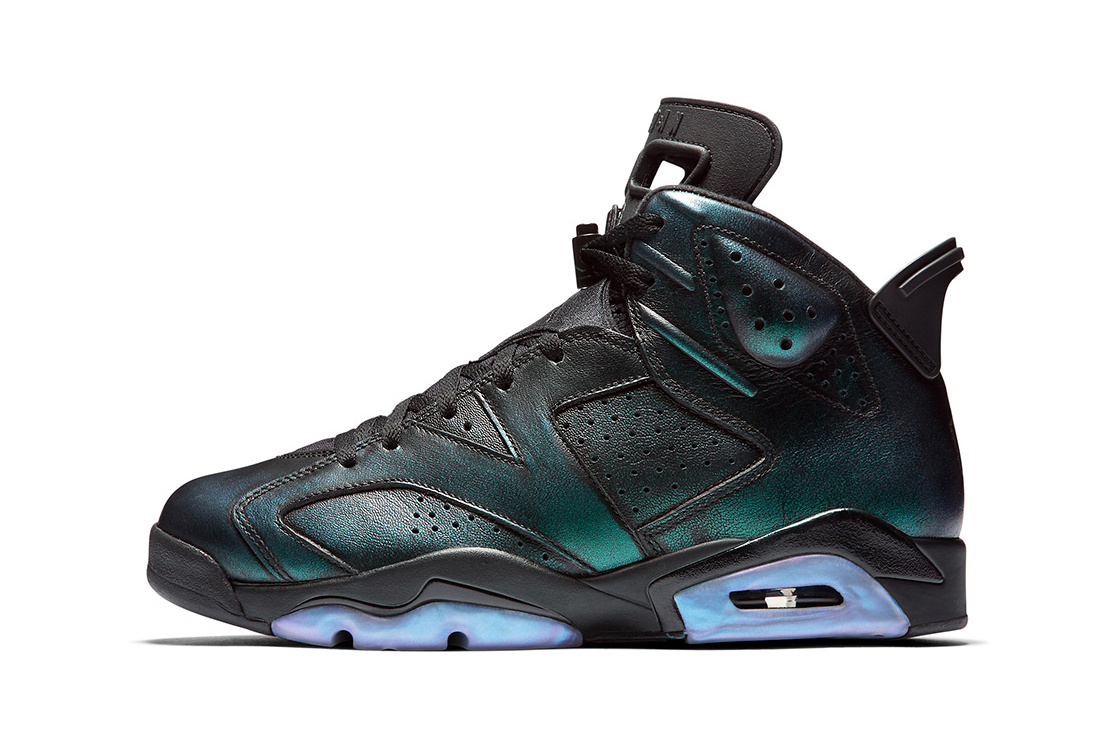 NBA All-Star Weekend is just around the corner, and we’re getting a first glimpse at what Jordan Brand has in store for us to commemorate the occasion. This limited edition Jordan 6 has been dubbed the “chameleon” thanks to its iridescent, shimmery upper that changes colour and will also rub off over time, similar to the “Wings” Air Jordan 12. Finishing details include 3M reflective accents; iridescent lace tips and midsole; and an icy, translucent outsole. Watch for these to release on the GOAT’s birthday, February 17, which will coincide with NBA All-Star Weekend, which will be held in New Orleans this year.