The biggest evening in the video game industry saw a ton of world premieres, Jonah Hill, and a room full of people waiting to hear anything about Super Smash Bros. Ultimate. It also featured a lot of shout-outs to Canadian talent and was hosted by show creator/producer and Canadian video game journalist Geoff Keighley. We thoroughly enjoyed how many times Keighley made mention of Canadians doing awesome things in the industry.

The mega-hyped Red Dead Redemption 2 came out with the most wins of the evening, receiving the awards for Best Narrative (beating out our beloved Detroit: Become Human), Best Audio Design, Best Score/Soundtrack and Roger Clark (a.k.a. Arthur Morgan) snapped up the Best Performance Award. God of War trailed RDR2, winning Best Game Direction and the award for Best Action-Adventure Game.

God of War also won the biggest award of the night: Best Game of the Year.

There were acceptance speeches throughout the night, but for us the words coming from Celeste‘s Matt Thorson on the impact the game (which touches on mental health and taking better care of oneself) has had both on him and the community, really stuck.

While there is no premiere date set yet, Stranger Things 3: The Game was introduced by the Duffer Brothers (showrunners of Stranger Things ICYDK) and they even came with their own animation clips.

The 16-bit game will be based on the third season of the show. 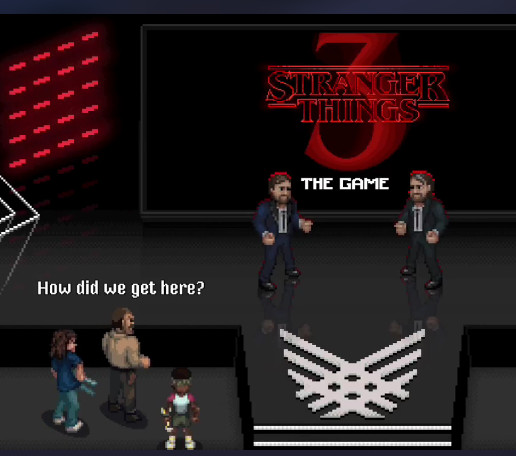 Fortnite‘s Donald Mustard appeared to chat about the new offering from the game—essentially how more people are going to be hooked. Launching Dec. 13, Fortnite Creative will give players their own private island where they can design games, speed around, compete with friends and other cool stuff. Those who picked up the Battle Pass though can already get started in beta mode now. The new zone will appear on the main menu and creations will be saved on a player’s island. Players can invite friends to play along too. Is it any surprise that Fortnite won the award for Best Ongoing Game and also picked up the award for the Best Multiplayer Game, too?

Celeste won Best Indie Game and ‘Game for Impact’ awards while Ninja was named Content Creator of the Year, which wasn’t much of a surprise. SonicFox was the Esports Athlete of the Year, Florence got the award for Best Mobile Game and the best VR/AR game went to ASTRO BOT Rescue Mission.

There was a consistent theme outside of video games: don’t vape. Throughout the night there were plenty of mentions about the dangers and addictive nature of vaping, citing stats like “the amount of nicotine in one JUUL pod is equivalent to 20 cigarettes” and that if you vape you are four times more likely to smoke cigarettes, really hammering it home.

There were also a number of personal stories and vignettes from creators, many part of Facebook’s Gaming platform. Facebook really is everywhere.

One game that seemed to have a strong amount of audience support was the winner for Best Strategy: Into the Breach, which is now on our list to play. To us, for the most part the categories of ‘Best Indie’, ‘Best Strategy’ and ‘Best Fighting’ (which Dragon Ball Fighterz won for) got the biggest audience reaction other than main attractions like RDR2, God of War, Ultimate and Fortnite. Forza Horizon 4 beat out FIFA 18, Mario Tennis Aces (we’ll never get sick of playing this) and NBA2K19 to win the Best Sports/Racing Game. Overwatch nabbed the win for Best Esports Game.

There were a handful of performances and music from the great Hans Zimmer, for example, but it was the performance around RDR2 that really hit us. Fast forward to the 2 hour 45 minute mark to hear for yourself.

Mortal Kombat 11 previewed a pretty gory trailer and yup that’s 21 Savage in the background previewing a new track called “Immortal.” There will be a Community Reveal Event on January 17 and the game will be out April 23, 2019.

The games that caught our attention the most were Anthem, The Outer World, Scavengers, Stranger Things 3, Crash Team Racing (remastered), Death By Darkness and of course, Smash Bros. Ultimate.

If you missed it and want to watch the show in entirety head here.