SXSW was a success; a great time was had with lots of parties and networking opportunities, daily. We made the most of it.

Now in its 25th year, there was no lacking of things to do and see — here are some of the top moments from our days and nights in Austin.

August Greene (Common, Robert Glasper, Karriem Riggins) did their first ever live performance at SXSW inside the Vevo House. 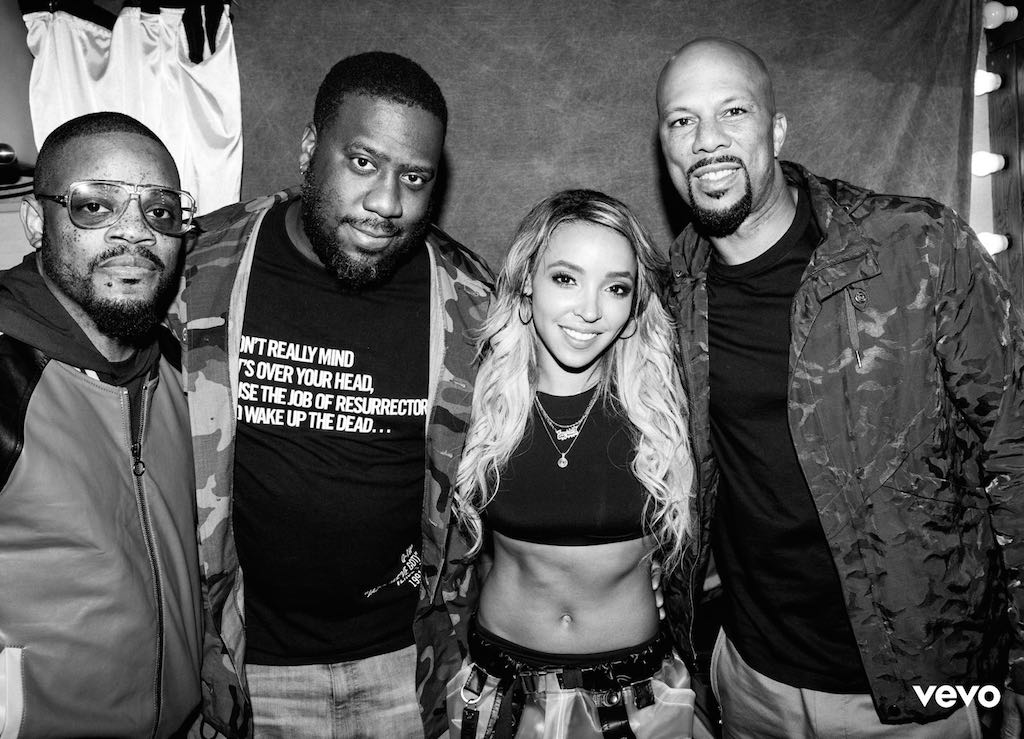 We caught the Ludacris show at the Vevo House too. He sang the classics like “Move Bitch” and “Welcome 2 Atlanta” and we rewinded to high school for a minute.

It wouldn’t be a truly Austin experience without tacos. Of course we obliged.

Jade Bird won the Grulke Prize for Developing Non-U.S. Act. What a voice.

The Grulke Prize is awarded to artists who are breaking new ground with their creativity or reinventing themselves at #SXSW. We’re thrilled to announce this year’s winners @jadebirdmusic, @starcrawler and @the_todd_rundgren! ?1.@melraephotos, 2. @renphotogs, 3. Elizabeth Derczo

The Rae Sremmurd show was a big highlight for us.

Another highlight: the M for Montreal showcase featuring Milk & Bone, Frigs and Bodywash.

There were numerous films screening during the festival too. Ghost Stories, Love, Simon, Blockers and 6 Balloons were our top picks. Love, Simon is the first big studio comedy about a gay teenager. 6 Balloons sees Dave Franco in a different (dramatic) role, playing a heroin addict and gives off a Heath Ledger in Candy kind of feel. Broad City‘s Abbi Jacobson plays Franco’s sister.

I’M SEEING SO MANY PEOPLE ACCEPTING THEMSELVES AND COMING OUT PRECISELY BECAUSE OF LOVE, SIMON. THIS IS THE WORLD THAT WE NEED. THIS IS WHY THE FILM IS IMPORTANT. THIS IS A REAL CHANGE. THIS IS THE FUTURE. pic.twitter.com/317AhAYdmP

I’m such an emotional wreck right now. @lovesimonmovie had everyone connecting in the theater. Crying, laughing, and clapping. #LoveSimon was totally worth the wait. The representation of the LGBT youth in mainstream movies is SO heartwarming. ❤️❤️

As we suspected, Ghost Stories was well received by to audiences, and Martin Freeman was meant for the role. The film officially comes out on April 6.

A review called his work “cheeky and chilling” and many tweets praised the film for actually scaring them.

Man, GHOST STORIES is everything you want it to be. Gothicly creepy, incredibly well acted, and punctuated by moments of sheer, sphincter-tightening terror. This is the must watch/must discuss horror film of 2018. See it with friends to talk to about it immediately after!

Check out this review if you’re interested in more about the stage play turned movie.

Blockers was another buzzed about film. John Cena held his own in the comedy about a sex pact between two girls, where they’re vying to lose their virginity on prom night. The film has drawn comparisons to other names that premiered at SXSW in years past (i.s. Bridesmaids) and the movie is from Kay Cannon, the woman behind Pitch Perfect films and Girlboss.

The Accelerator Pitch Event saw innovative companies take centre stage and pitch their idea or business to an advisory board.  Winners included Icon 3D (the company is “working toward building this first up-to-code 3d printed home in the United States”).

LearnLux won the PerfectPitch Competition, coming away with a $400,000 investment from judges such as Ashton Kutcher and Salesforce’s CEO, Marc Benioff. LearnLux is a financial education startup geared to millennials. It aims to be a resource for people to learn how to refinance student loans, build credit and understand personal finance.

One of the biggest headlines (and unfortunate circumstance) however was the bomb scare which forced The Roots to cancel their show.

But that was one negative in a pile of good times. Until next year.

They’ll probably believe you this time. ? Bill Murray shares a dog poem with #SXSW attendees outside The Driskill. He lends his voice in Wes Anderson’s Isle of Dogs, our closing night Film! Check it out at the Paramount tonight at 8pm. ? @merrickales