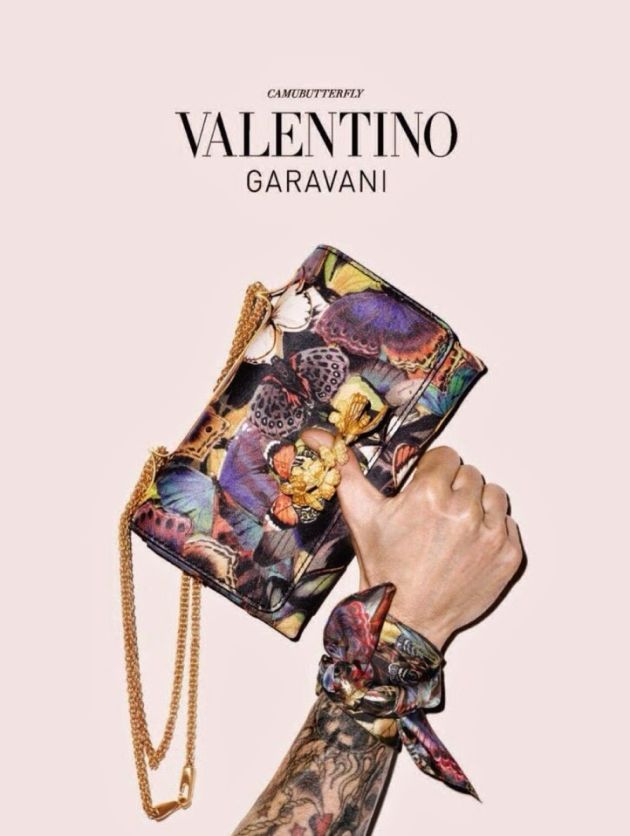 After much controversy with Terry Richardson’s sexual assault allegations many brands have decided against working with him, but here he is again, or rather his arm, all his tatted up in Valentino Garavani’s latest Camubutterfly campaign. It’s the third season in a row Valentino has worked with Richardson, and it looks like they’ll continue with this edgier campaign into future months.