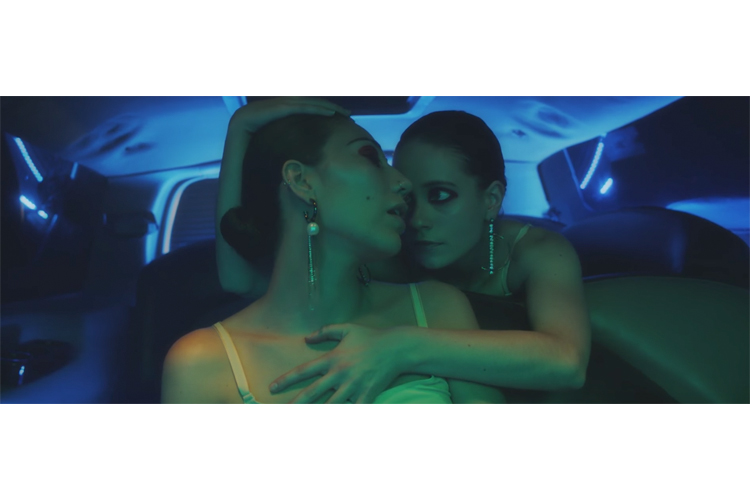 Earlier this year back in spring, the terrific Colombian-Canadian indie-pop artist known as Tei Shi released her much anticipated debut album, titled Crawl Space The artist (who’s also known as Valerie Teicher) has already released some super rad videos for album cuts “Keep Running” & “How Far” – and now, she’s shared a sweet & sassy video for her track “Say You Do,” that’s also just as vulnerable as the song’s lyrics. The track opens with audio that Teicher recorded of herself at a young age, saying that she’s a bad singer and confessing her idolization of Britney Spears.

Directed by British duo Bradley Bell and Pablo Jones-Soler, the video features Valerie Teicher wearing Spears like shiny red thigh boots, in a limo, dancing amongst different versions of herself. Bell told NRP that it, “represents an alternate reality in which she’s removed from the pressures of modern life… It’s a safe space where things can be complicated. Inside, she’s allowed to explore all the different sides of her childhood, her influences, her art, and really blossom.”

“There’s this idea that if you change, or evolve, or dare to be complicated, you’re inauthentic, but I’m a chameleon, I’m always evolving…There’s power in saying, ‘I have many versions of myself and I can tap into whatever I want.”

Watch Tei Shi’s video for “Say You Do” above.

Tei Shi’s delightful debut album Crawl Space is out now via Arts & Crafts in Canada and Downtown/Interscope Records in the rest of the world, grab it here. You can also catch Tei Shi live on tour at the dates below.