Tegan and Sara Share “Hang On To The Night” Video 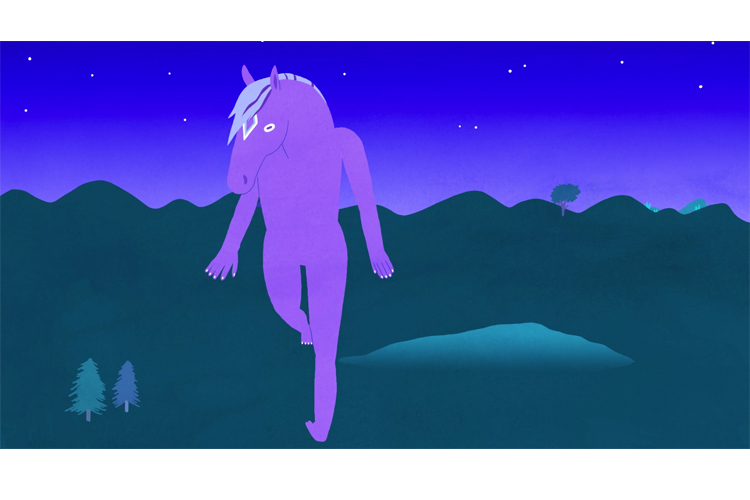 Not long ago Canadian indie-pop duo Tegan and Sara released a heartwarming video for “Faint of Heart” off their latest record Love You To Death. Now they’re back with a much more eccentric video for “Hang On To The Night,” featuring a seemingly magical horse. The video is animated by Nicole Stafford & directed + designed by Lisa Hanawalt, the production designer and producer behind the Netflix hit show BoJack Horseman. As Hanawalt explained…

My video was partly inspired by Fantasia (the Pastoral Symphony part with all the pegasi & centaurs!), and also by folktales about the origination of things in nature. A few years ago, I came up with this colossal horse figure who puts the stars in the sky every night and wakes up all the nighttime creatures, and when I heard this song it just felt like the perfect fit, visually. I added a few more story beats – halfway through the video, some humans in helicopters try to interfere because they don’t understand her. Two cats fall in love and then explode into stars, sacrificing themselves. I want it to feel a little sad, but also kind of hopeful because you know the cycle will repeat itself the next night.

Watch the “Hang On To The Night” video above.

Love You To Death is out now on Warner Bros. Grab a digital copy via iTunes here or a physical copy here.