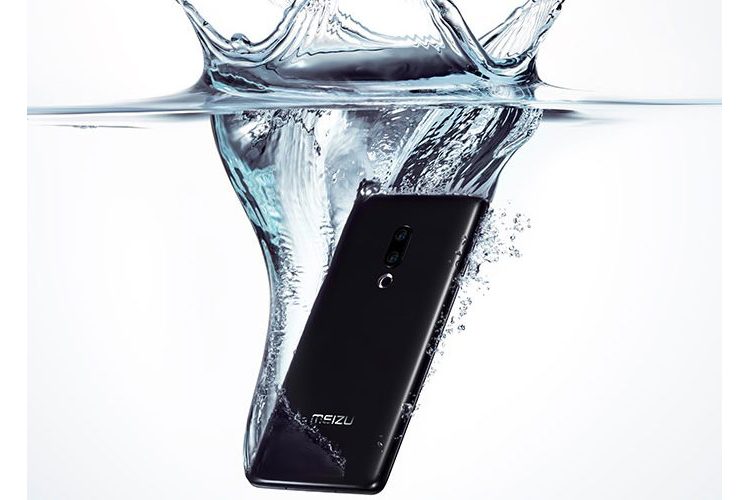 The business of tech has increasingly become tied to the business of our lives. We consume it consciously and often gloss over its threats, but there’s a second wind circling in 2019, one that is welcoming, more so demanding critique of technology.

It’s time to slow down the conversations and not further muck up future years—we’ve seen how technology has come to rule. We’re living among fakes and foul players. Eyes are also bored of what they’ve been subjected to and the social media noise is still as annoying, but we’re moving from “it’s OK to turn off” to “I’m turning off, bye.”

2019 seems like the year we’ll get a new dimension to phones. Last month at CES, Royole unveiled “the world’s first commercial foldable phone” called the FlexPai, which we wrote about. Samsung is also coming to market with its own foldable phone (to be called Galaxy X or Galaxy Fold) touted as the “foundation of the smartphone of tomorrow.” It’s rumoured to support 5G. We’re expecting to hear more about this come Feb.20 during the Galaxy S10 event, but here’s what it supposedly looks like.

Xiaomi has said it will unveil “the world’s first double-folding phone” and both Lenovo and Huawei have their own offerings, but little details have been disclosed. However, Huawei’s Richard Yu did say the phone will be “the world’s fist 5G smartphone with a foldable screen.”

Also, Motorola is bringing back the RAZR, but in foldable form. More news around these devices should come to light at this month at the Mobile World Congress (MWC) in Barcelona, but it does look like many of them will have a 7.3-inch display. Google announced its Android mobile operating system will support folding devices.

Another concept: a phone with zero holes. This is what to expect with the Meizu Zero, which is the “first true non-porous wireless smartphone,” according to the company. It uses the “mSound 2.0” technology, has fingerprint sensors, a selfie camera for facial recognition, and it can only be charged via a wireless dock. Update: there are now crowdfunding efforts underway.

While 2019 might not be the year we see daily transactions distributed on a decentralized ledger like Ethereum, people seem to be slowly coming to grips with the technology and its potential. Slowly, but still curiously. Security and privacy are at the forefront of discussion, this will continue, so if there is a way to enhance productivity within the supply chain and allow cross distribution between people at a more transparent rate with checkpoints along the way—well, people should learn about it. The biggest hurdle is getting that ‘in’ and adoption from Big Banks and financiers, but the ties are getting closer. Last month, a JPMorgan-backed firm (Smartrac) partnered with the blockchain startup SUKU Ecosystem, which is headed by Eric Piscini, formerly of Deloitte. This is just one example of new dealings in this space. For blockchain to be integrated it first needs to be standardized, and whether you believe the future is decentralized or not, it’s smart to get in the know about something that could be a fundamental platform for how trade and commerce operates.

Alibaba Group has shares in Smartrac, which is also something to make note of.

As mentioned above, privacy and security remain to be of great importance when managing our lives. It’s been a long time coming, but breach standards and social media crackdowns have started to filter through the digital pipeline. People are realizing how much companies have on them. How we move from here should be calculated very carefully. This is important research to read if you haven’t already done so. New standards are in the works and these are just pinholes into what’s needed—2019 is going to be the year of cybersecurity. It bloody has to be.

The games, the gear and the setup have become more and more popular over the past five years and this will continue in 2019. In December, the Game Awards highlighted this phenomenon as well as what we’re getting in 2019. We recapped it here. Mobile gaming is also growing and as noted in the press release, key players to watch in mobile gaming will be Google (US), Apple, Inc. (US), Activision Blizzard, Inc. (US), Sony Corporation (Japan), Tencent Holdings Ltd. (China), Electronic Arts Inc. (US), Nintendo Co. Ltd. (Japan), Ubisoft Entertainment SA (France), Gameloft SE (France), Glu Mobile Inc (US) and MocoSpace (US). We’re also following everything AMD does.

In 2018, an estimated 200 million people watched the League of Legends World Championship Series, one of the biggest events in the industry. It streamed via Twitch and Amazon with zero cable networks attached. This could change in 2019.

Esports will continue trending this year—it’s already happening. ESPN covers the competitions similar to its general sports coverage and sponsors are continuing to get on board. Honda announced its partnership with Team Liquid, one of esports’ most recognized teams. Samsung recently announced it will sponsor the Seoul-based team Gen.G. and provide team members with high-performance SSDs and financial support. G2 Esports, RFRSH and Rival.ai are just a few of the companies expanding into the industry. In 2019, sports gamification technology is only going to grow; esports is in its infancy and there’s a ton of possibilities of how audiences can fuse with it.

2019 will also see Canada’s first esports stadium, which opens in Vancouver and will be fully operational by early 2021. There will be a temporary stadium set up this year (April 2019). The first major event being held at the temporary stadium will feature 16 teams competing for a $7,500 prize pool.

The Montreal Canadiens will host its first esports NHL 19 tournament on Feb. 23, and the Overwatch League, which pays gamers a minimum of $50,000 (USD) a year, also kicks off this month. Toronto’s new esports team will be competing. The 28-game season starts Feb. 14 and runs until late August. The Overwatch League debuted in 2016 with 12 teams. In 2019 there will be 20 teams competing.

According to research from Newzoo esports is expected to become a $1.7 billion market by 2020.

We’re keeping a close watch on FWB because what they’re coming out with is could be game-changing. And it looks fun.

While all the above will shape the way we do business, interact and live, perhaps the biggest tech trend in 2019, and one that seems to be on the minds of more than just us, is tech backlash. This may just be the year that Blackberry (yes, Blackberry) rallies us up because Enough is Enough. Our Privacy Matters.

2019 should be the year where digital minimalism and tech backlash becomes a big chunk of the manifesto.

If you want to maximize the amount of value you feel in your life, the mathematics are clear: You want to put as much of your time and effort as possible into the small number of things to give you these huge rewards. When you think about it that way, fear of missing out looks like, just mathematically speaking, a really bad strategy. – Dr. Cal Newport via GQ