Here are the newsworthy stories in technology right now.

A key update came from Sony this week regarding the Playstation 5, which is expected to be released “Holiday 2020,” according to the official Playstation blog. The next-gen console is also to come with a “new controller with haptic technology and adaptive triggers” to up the fun of the immersive experience. No more “rumble” vibrations, instead with haptics there will be a variety of motion feedback which will change depending on terrain. Then “adaptive triggers” can be found within the L2/R2 buttons which can be programmed to feel different sensations depending on the activity or task (like drawing a bow and arrow). [PlayStation]

California is cracking down on facial recognition technology. The entire state will soon see a ban prohibiting law enforcement from using facial recognition technology for three years. “The Body Camera Accountability Act” (AB 1215) will go into effect on January 1, 2020 and receive review in 2023.  Will other states, provinces and countries follow suit? [The Next Web]

California lawmakers also passed two bills around the production of videos that are manipulated with real-looking people and content (these are called “deepfakes”). Californians will now be able to sue if someone puts an image of them into a pornographic video by using the technology. And it will be illegal to post any manipulated videos of politicians within 60 days of an election. If you want to know more about this deeply messed up world of deepfake technology go here. [The Next Web]

Porsche is looking to take flight and is working with Boeing to create something like the futuristic aircraft below. 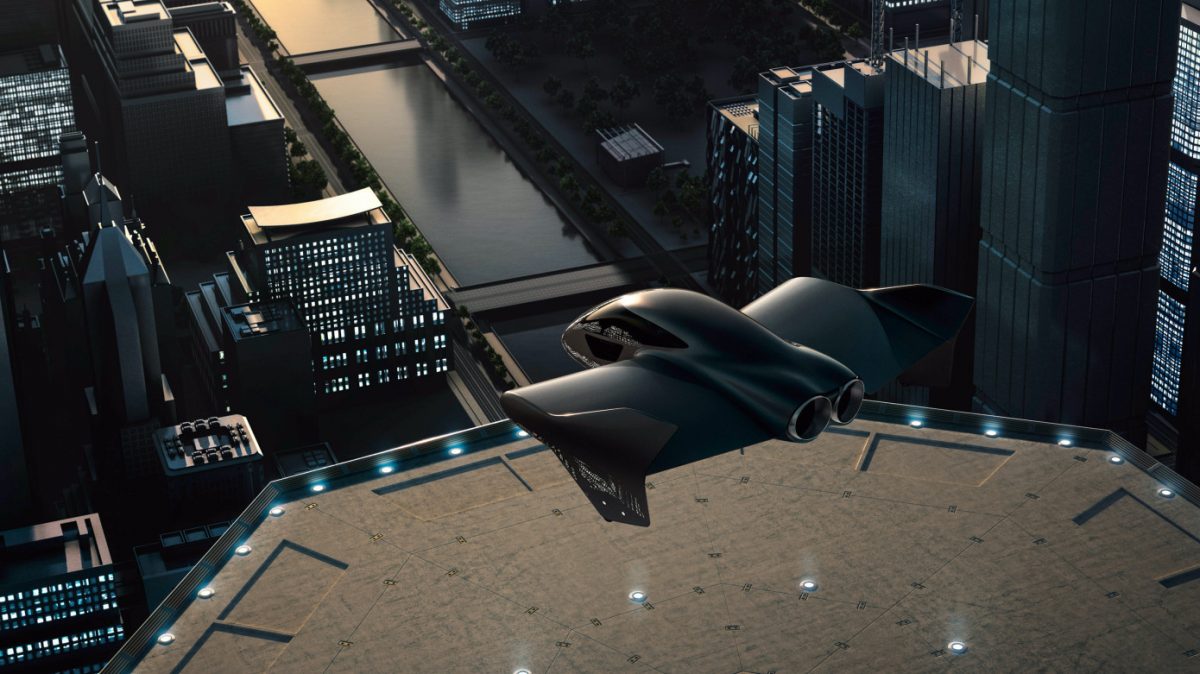 Porsche and Boeing are planning to build an electrical vertical take-off and landing aircraft (eVTOL). The luxury automaker is looking to go into the premium mobility space with a “third dimension of travel” opportunity, but no concrete details have been unveiled yet. The companies signed a “new memorandum of understanding” to work on the concept. [TechCrunch]

iTunes is no longer. Apple launched the iTunes Music Store back in 2003 and the company will now only use its new Music app. Users will no longer see the iTunes store unless they choose to restore it in their settings. [AP]

Watch this video. The exoskeleton is being controlled by the man’s brain signals, allowing the 28-year-old to walk even though he is paralyzed from the shoulders down. Two recording devices were implanted on each side of the man’s head, placed between the brain and the skin. Absolutely incredible. [Bloomberg]

Not so incredible, though, was how personal Twitter data was compromised and users just got the 411 about it this week.

We recently found that some email addresses and phone numbers provided for account security may have been used unintentionally for advertising purposes. This is no longer happening and we wanted to give you more clarity around the situation: https://t.co/bBLQHwDHeQ

Twitter apologized for the misuse and said that as of September 17, the company had “addressed the issue that allowed this to occur and are no longer using phone numbers or email addresses collected for safety or security purposes for advertising.” [Twitter]

Google Maps now has a feature that helps the visually impaired. The service now comes with voice guidance for those needing navigation and instructions because of their poor or lack of vision. According to the World Health Organization, 36 million people across the world are blind. For now the feature will be available for people in Japan and the U.S., available on iOS and Android. Users turn on the feature by selecting “Navigation” under the settings of Google Maps. This feature can be used by anyone, not just those with vision impairments. [Forbes]

Facebook’s newest addition, or at least one that the company is hoping to launch, is its cryptocurrency platform Libra. The idea has been met with serious scrutiny and follows concern around a hoopla of other issues that’s plagued the tech company and placed CEO Mark Zuckerberg in a burning spotlight. Zuckerberg will be testifying before the House of Financial Services Committee on Oct. 23 about Libra. “An Examination of Facebook and Its Impact on the Financial Services and Housing Sectors” is the hearing’s title. [CNBC]

Have you heard of MegaFace, the public face recognition training dataset that has been downloaded by dozens of companies? The database of some 700,000 individuals has been used to train new face-identification algorithms that are used to track and surveil people. And apparently most of the database is made of 16-year-olds, according to the creators. Thing is: the photos that are stored in the database weren’t necessarily uploaded by the original producer, many were taken from sites like Flickr and done so without reporting it. You can see why people are upset. And some of them may be able to sue. [New York Times]

Professional drone racing may be an industry to keep an eye on. Those skills you mastered as a child learning how to handle toy helicopters may be profitable, folks. And things are serious: there are racing leagues that air in 90 countries, millions watch online, and racing drones travel at 90 MPH+. See for yourself. Drone Racing League founder and CEO Nicholas Horbaczewski told Fortune that professional drone racing is a “futuristic, technology-enabled sport” and that sports is a “great environment to design and push the limits of technology.” [Fortune]