Getting a new phone is like getting a new sweetheart – they’re both new things in your life which wI’ll likely be spending a lot of time in your pants, up against your cheeks, and fondled by your fingers (and possibly your friends’ fingers too). They will both have their unique attributes which separates them from the pack, as well as quirks and foibles that may make others look better in comparison.

Getting to know the Google Pixel was no different, although it did require a lot less emotional investment, unless you put a case on it, there is no way it was going to be adding any inches to its waistline. Much like a new significant other, the Pixel’s Google Assistant gets to know you and your habits, adapting so you can work better together. We do not recommend attempting to train a new lover to respond to voice commands, as you do a new digital assistant! Instead, let Google be the one to open your favorite apps, report on current traffic, and drop a beat when you’re feeling the need to freestyle. 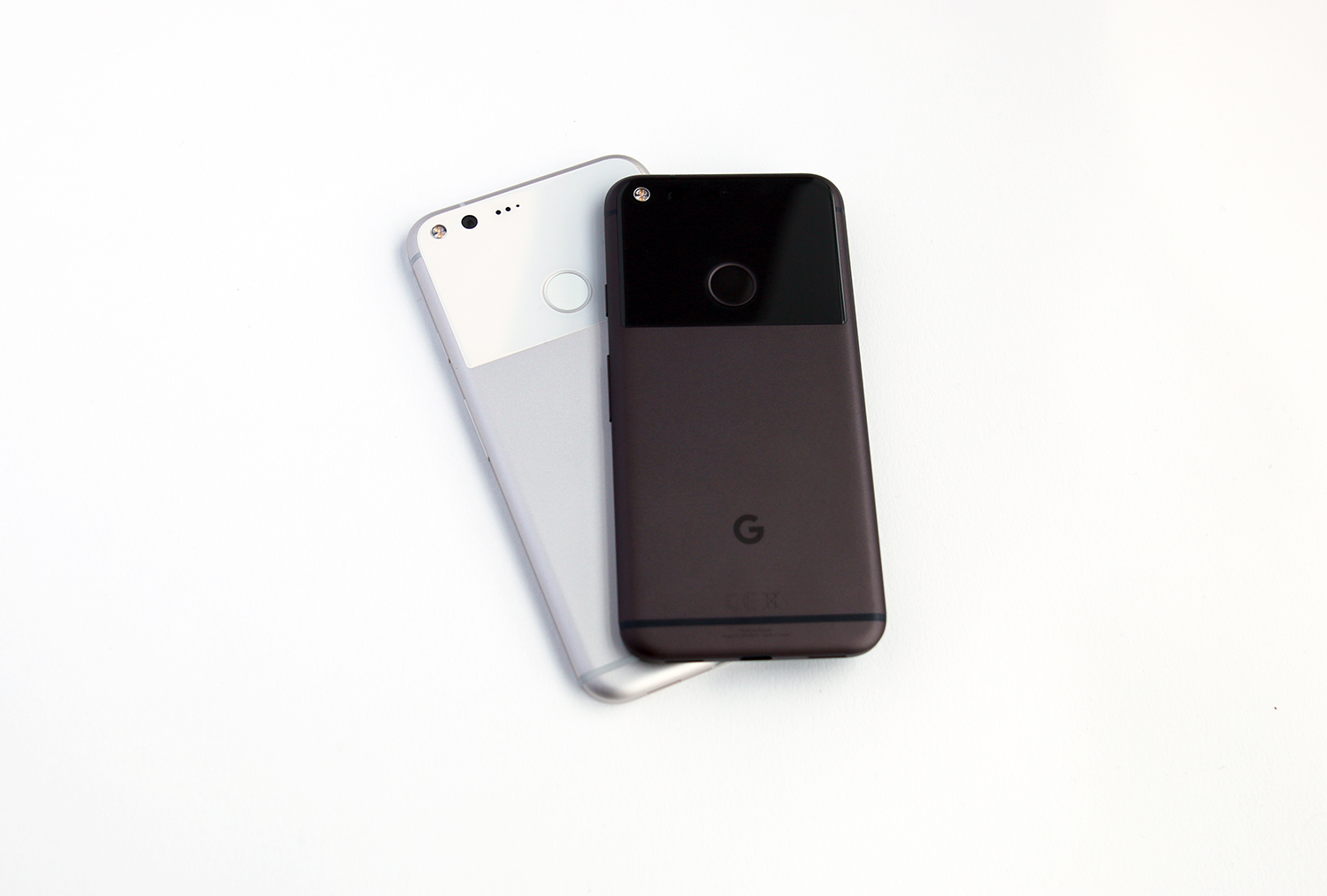 One of the first things you’ll notice when you start using the Google Pixel is how fluid everything is. Switching between screens and scrolling is immediate and there’s no third-party manufacturer’s redundant bloatware getting in the way of Google’s latest version of Android, Android 7.1 (aka Nougat). The lack of bloat also means sometimes the core apps are more basic than you might be used to, but this is easily remedied with a quick trip to the Google Play store.

The camera on the Pixel is a great example of this. Whike it has fantastic hardware and can take epic photos, we found it useful to go grab a 3rd party camera app that has important features like a selfie flash. You’re going to want to stick with Google Photos, though, because owning a Pixel means Google gives you unlimited, full resolution storage capacity in the cloud for all your pictures and videos. 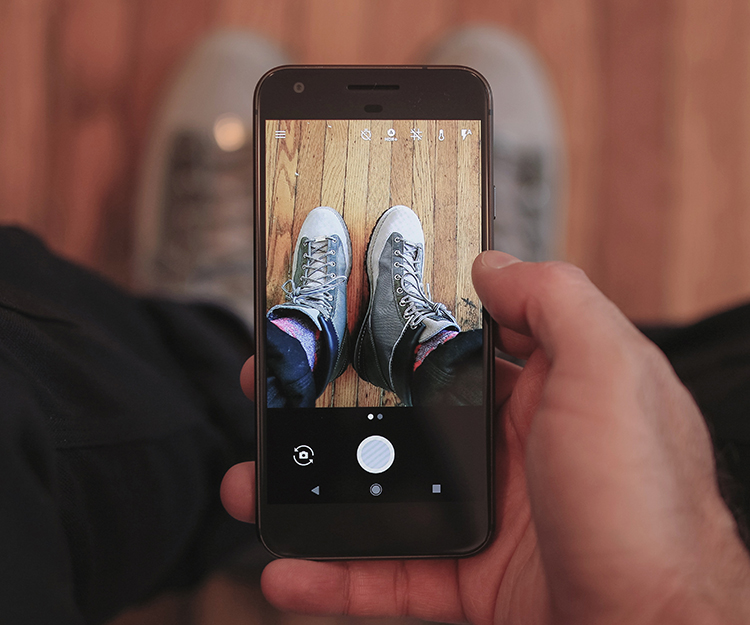 The screen on the Pixel is a brightly lit thing of beauty which offers no problem reading in the sunlight until “Night Mode” kicks in at sundown making the screen take on a progressively reddish hue, reducing eye strain and reputed to help you go to sleep. The fingerprint scanner is on the back of the phone which is weird at first, but once you get used to it, it’s a joy to be able to unlock the phone or swipe down your notifications without getting your greasy fingers all over the screen. That bright, full HD screen also comes in handy when you pop the Pixel into the soft fabric of the Google Daydream VR headset to put it over your head. Trust us, no movie trailer will be the same after you’ve “been in” an X-Wing for Star Wars: Rogue One’s 360° experience which puts you in the cockpit for a Rebel mission! 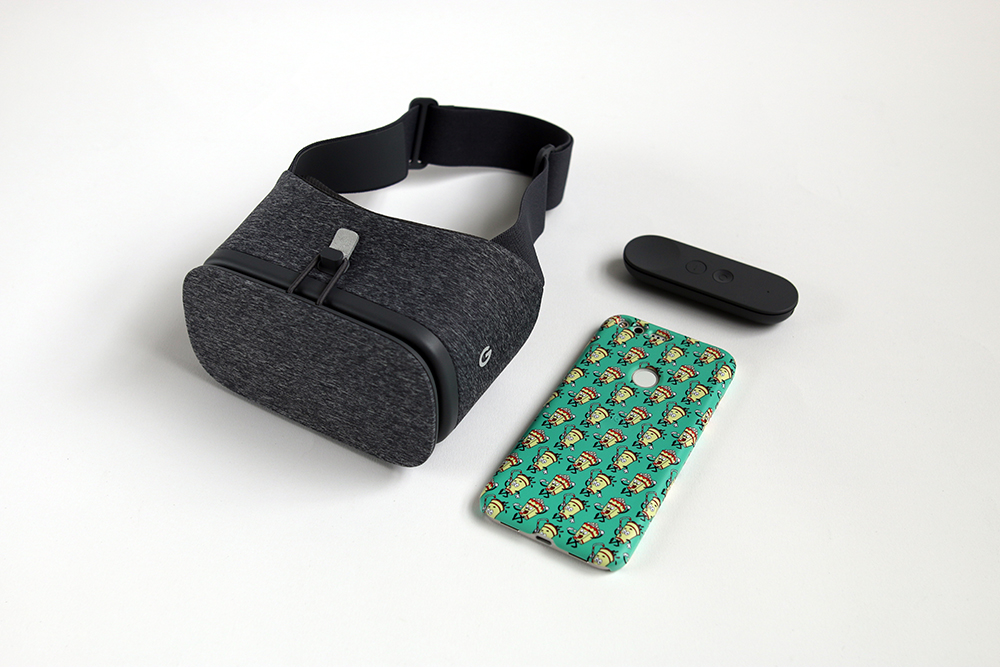 One thing we’re hoping to see in the future from Google for the Google Pixel and Android is tighter integration with our computers so we can send and receive text messages from within Chrome or the like. That said, it is a feature that can easily be brought in through a software upgrade down the road. We were also extremely puzzled by the lack of headphones or earbuds upon unboxing the Pixel. Yes, you do receive an extra cable but no matter how hard you try to listen to music through that charging cable, it simply won’t play. Jokes aside, it did seem incredibly odd the phone didn’t come with earbuds. 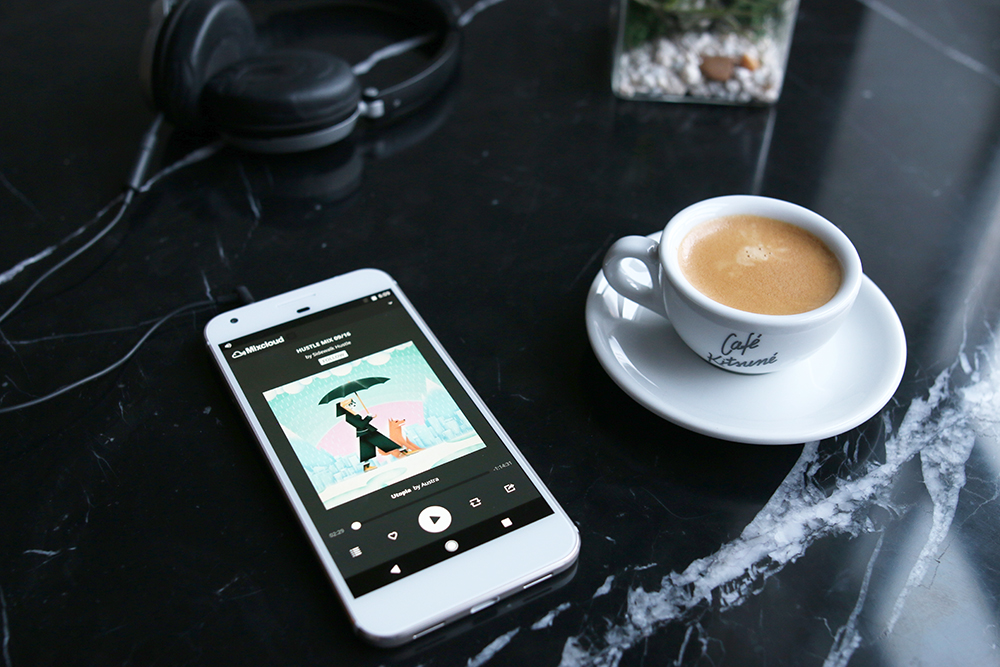 All in all, if you’re looking to get out of a certain fruit company’s walled garden and are concerned about another company’s devices’ explosive personalities, swipe right for the Pixel!