Teagan Johnston Shares “Get Out Of Town”

Formally with a band under the name Little Coyote, pianist and singer-songwriter Teagan Johnston is now stepping out on their own and under their own name. Born in the Yukon, raised between South Africa, Spain, Switzerland and the West Coast of Canada, Teagan Johnston is now based in Toronto. Outside of music and their many years with Little Coyote, you may know them from their work with fashion world (has modeled for Canadian designers Evan Biddell, Ashley Eady TWB Co.) and/or their writing in the Toronto Star. Most notably you may recognize them as an actor; They recently played the lead role in horror film The Strings where they play an artist who escapes to a remote cottage to create and is met with both romance, confusion & chaos.

Now adding to their list of accomplishments, Teagan Johnston is releasing their debut album as a solo artist, titled Sentimental Being, released fully independently and out today Friday April 29th! Earlier this year they released their moving self-directed videos for album cuts “Blue Monday” and “Slash to hurt, Stab to kill” and now they’ve dropped another lush single and self-directed video for fellow album cut “Get Out Of Town” (check it out above) with cinematography by Dzesika Devic. Inspired by Joanna Newsom‘s “Sapokanikan”, the video features Johnston wandering around Toronto at night as the city lights twinkle. Teagan explains the song as such…

This sounds a little cheesy and untrue but I wrote this song in a dream. After my breakup I was out with a friend one night and we spent a long time talking about my feelings of needing to no longer live in Toronto in order to move on from my past relationship. That night I had a dream where a musician had written a song with the chorus lyrics being “I’ve got to get out of town, cause as long as you’re around, I’m not getting over you.” In the dream I was so amazed at how this artist had managed to say everything I was feeling so perfectly and I wished I had written the song. When I woke up I realized I did and went down to my piano to finish it.

Sentimental Being by Teagan Johnston is out now. Give it a listen here + Dig into the the album art and tracklist below. 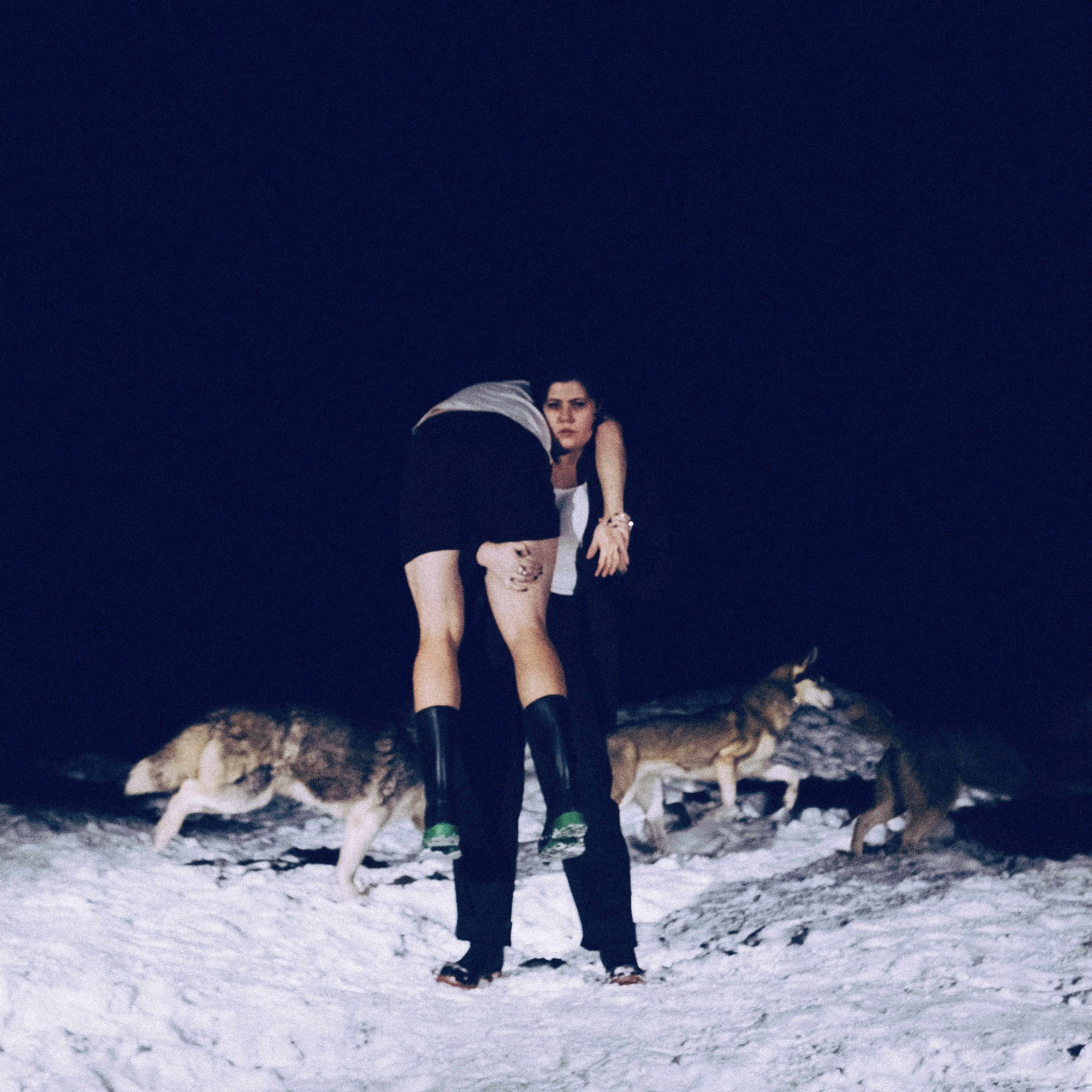 Sentimental Being Tracklist
1. I JUST WANNA LOOK THROUGH THE EYES OF LOVE AGAIN
2.BLUE MONDAY
3. HIGH ARCTIC
4. NINETEEN
5. FASTER
6. SLASH TO HURT, STAB TO KILL
7. GET OUT OF TOWN
8. I’VE GOT A GOOD JOKE, IF YOU’VE GOT A QUARTER
9. DIRTY GOD
10. SUN COME