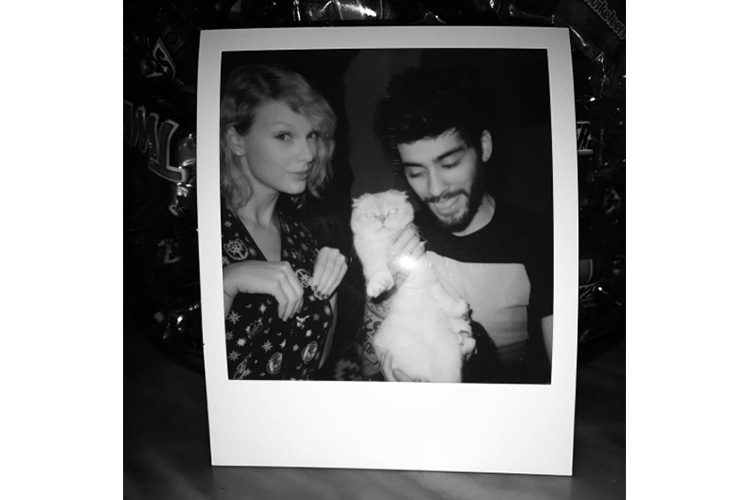 Continuing 2016’s theme of “WTF Is Going On?,” Taylor Swift and Zayn Malik have collaborated on a track for the latest installment of the Fifty Shades film franchise. Titled “I Don’t Wanna Live Forever,” the track, which we think is meant to be sultry, appears on the original soundtrack of Fifty Shades Darker.

Criticism of this movie series and the books it’s based on aside, this duet seems like an underwhelming follow up to Miguel, The Weeknd, and Ellie Goulding. While the lyrics make for a good pop song, we had some trouble sitting through Swift and Malik’s struggle to harmonize. We think either only Zayn or Taylor should’ve taken this one on.

Earlier this year Malik, Swift, and Calvin Harris were involved in some Twitter drama. We guess they patched things up for this collaboration, which hit #1 on the charts almost immediately.

“I Don’t Wanna Live Forever” was written by Swift, Jack Antonoff, and Sam Dew. It is available only on Apple Music.