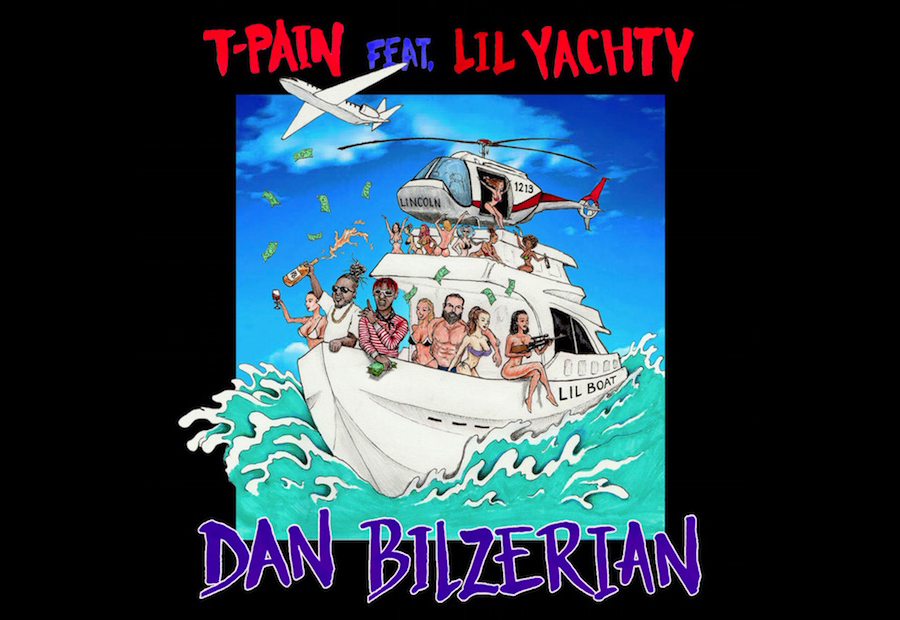 T-Pain is finally gearing up to release a full-length album (his last project was 2015’s The Iron Way mixtape) and has shared a brand new single – “Dan Bilzerian” – featuring everyone’s favourite Atlanta star Lil Yachty. After telling Zane Lowe to “check his email,” the single premiered on Beats 1.

“Dan Bilzerian” is an ode to the poker player and social media star. As per the cover art, T-Pain and Yachty rap about living a life similar Dan Bilzerian – boats, helicopters, girls, guns and money. T-Pain also produced the beat.

Take a listen to “Dan Bilzerian” below.