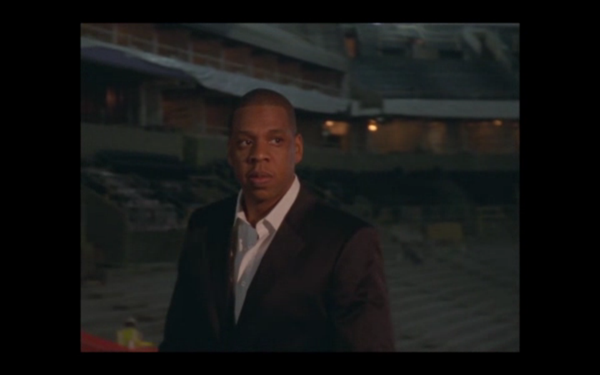 As Jay-Z is in the amidst of his eight show run at his newly opened Barclays Center in Brooklyn, New York Times’ T Magazine decided to drop a short little film by Cass Bird. The video clip has Jiggaman surveying the future home of the Brooklyn Nets as it is in various stages of constructions. It’s an interesting little video that shows the happiness and contentment Hov for this pet project. Not bad sir.