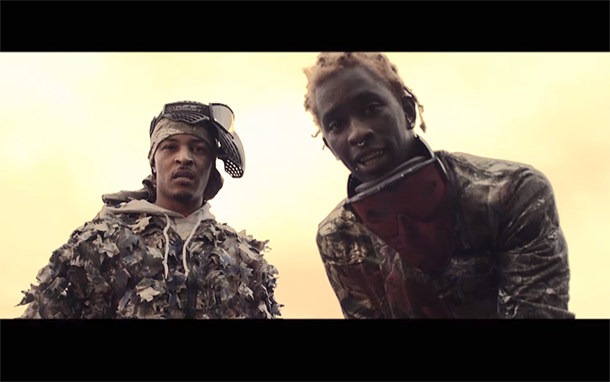 King of the South, T.I. has once again teamed up with up-and-coming star Young Thug for “We Want War,” a track from T.I.’s Hustle Gang mixtape G.D.O.D. 2. The video was directed by PhillyFlyBoy, and features Tip, Thug, and crew playing around of paintball, because, obviously. The video is awesome but unfortunately the video was premiered on MTV so all of the  swearing is cut out. Lame, watch it below.