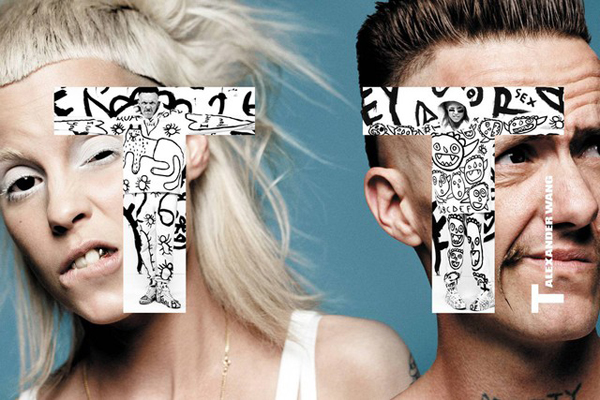 So this is probably the biggest shocker of 2012, at least for us. T by Alexander Wang’s Spring 2012 campaigns will feature the always controversial, boundary-pushing, South African rap group Die Antwoord.  Shot by Dan Jackson, Die Antwoord will appear in both still image ads as aswell as a promotion video which features the rap groups newest single “Fatty Boom Boom” from their album Ten$ion.  This is HUGE!