Running from March 16 to March 20, SXSW will host keynotes, screenings, exhibitions, and virtual hubs for its 2021 edition.

Sessions will include talks on intellectual property, diversity, Big Tech, video games, our brains, and storytelling. There will also be tributes to Austin and the city’s growth over the past decade. 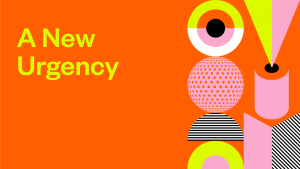 Shorts, film specials, and the virtual cinema can be accessed by passholders, although features are geo-fenced to the U.S.

The SXSW Online XR will host live panels, events, and 360-degree videos, as well as 2D video feeds of SXSW programming. Attendees can take part in the VRChat worlds via PC, PCVR, and Oculus Quest headsets.

Blake Kammerdiener, XR and film programmer, partnered with Louis Cacciuttolo’s VR startup VRrOOm on the SXSW Online experience. Cacciuttolo recently did the virtual live-streaming concert Welcome to The Other Side with electronic music legend Jean-Michel Jarre. The concert will also screen during SXSW Online 2021.

In a release about SXSW Online XR, Kammerdiener said the “fantastical virtual space” pays homage to a “few of the venues that we are gutted to not be using this year.” Reimagined virtual spaces, including Congress World, Red River, and The Paramount, will house performances and other events.

Streaming will be available via Connected TV apps on Apple TV, Fire TV, Roku, Samsung TV Plus, and Android TV.

After registering and paying $399, passholders can take part in sessions and performances. Starting on March 16, the Film Festival will have seven films launch during two-hour increments from 10:00 AM to 8:00 PM CT. The bulk of the films will screen during the first three days of the festival. A film will be available to watch on-demand until the audience is at capacity. Some films don’t have capacity limits and will be available for the duration of SXSW Online 2021.

Below is what has caught our eye.

*Times are in CT

Dancing with the Devil

Demi Lovato’s anticipated docuseries is the opening night headliner. It premieres to the general public on March 23. The documentary looks at Lovato’s 2018 drug relapse, which ended in her overdosing and in rehab. Dancing with the Devil will also address the singer’s struggles with eating disorders, her road to recovery, and the influence of music. 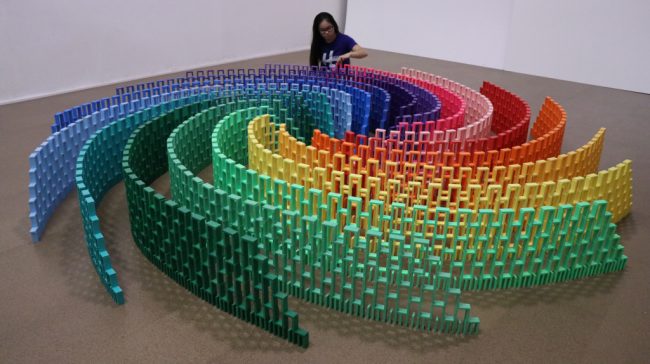 Lily Topples the World focuses on 20-year old Lily Hevesh, who is the word’s most acclaimed domino toppler. The movie was filmed over three years and features bits from Jimmy Fallon, Katy Perry, Will Smith, and a host of other creators all interested in the artistry behind the blocks. The film will screen on Tuesday, March 16 at 5:00 PM.

From UK pop-electronic artist Charli XCX, “The documentary tells the story of not only the 5 week process surrounding the making of my album, ‘how i’m feeling now’, but also all the emotions that creating, connecting and living in a quarantine and in basically a new world evokes for people across the globe,” Charli XCX wrote on Instagram. Alone Together will premiere on March 18.

The Spine of Night

Here’s one that people are talking about, but no one really knows what to expect. Blackbook notes this as a story where “an ambitious young man steals forbidden knowledge from a sacred plant and, as he falls to its darker temptations, unleashes ages of suffering onto mankind.” The film stars Richard E. Grant, Lucy Lawless, Patton Oswalt, Betty Gabriel, and Joe Manganiello.

Journey to a Better Brain

Gaming for Good: The Future of Fundraising

The Future of Emotion AI & The Empathy Economy

Developing World-Building Games Amid A Pandemic

Encore: Pushing our Bodies and Minds Beyond the Limits

SXSW Pitch returns for the 13th year, taking place on March 17 and March 18. 40 interactive technology companies from eight different categories will virtually pitch and then participate in a five-minute Q&A with three judges.

You can also check out all the exhibitors here.