SXSW has officially begun, pretty much marking the start of a months-long (more like over half of the year) stream of music and interactive festivals that make life bearable. SXSW offers a plethora of emerging talent, yes, but also, if you’re an audiophile, tech enthusiast or simply someone interested in what’s to come, SXSW is a playground that will get you jonesin’ about new gear, activations, people and soon-to-be trends.

For those lucky ones getting away to Austin, here’s what you should check out—RSVP links included. 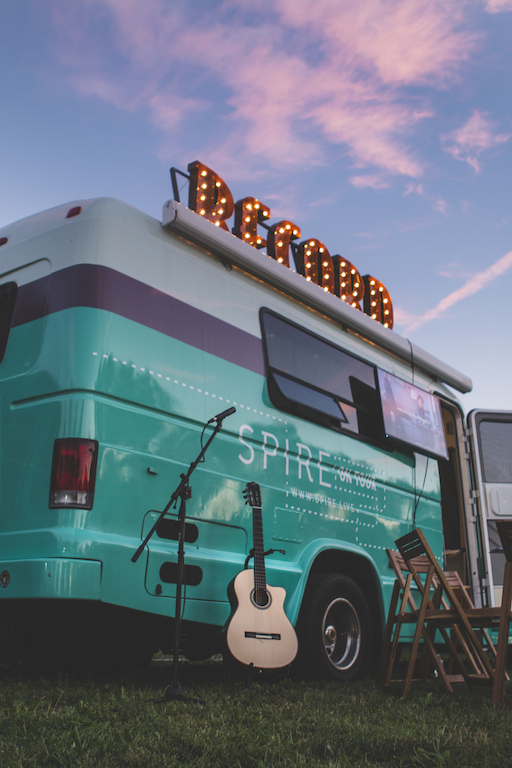 Attendees are invited on the Spire on Tour RV to record using Spire Studio, free of charge.

The #Westworld activation at #SXSW has now closed.
The park re-opens tomorrow at 2:00PM. pic.twitter.com/fRc95uHiUa

What: Westworld recreated @ SXSW. Go inside the fictitious town of Streetwater and chum up to rich folk, cowboys and characters of all sorts in 19th Century fashion.

Miguel and Jhene Aiko at #SXSW

Once again the Fader Fort will be propped up at SXSW this year featuring artists like SOB X RBE and Soccer Mommy.  Note: In order to receive an invite you need to subscribe to The Fader’s email list.

What: Mercedes-Benz me Convention (#createthenew)

Where: Fairmont Hotel + Palm Park (see above schedules for details)

Synopsis: Professor Goodman, a psychologist and skeptic, who has his rationality tested when he stumbles across a long-lost file containing details of three terrifying hauntings. He then embarks on a mission to find rational explanations for the ghostly happenings.

Based on the stage play, this is a horror film we’ve been eyeing hard and SXSW marks it North American debut. Dubbed as the “Best British Horror in Years” by The Sun, the film features Martin Freeman (aka Dr. John Watson from Sherlock) and is written, directed and executive produced for film by Peaky Blinders‘ actor, Andy Nyman. Author, musician and screenwriter, Jeremy Dyson founded the stage play and is also behind this on-screen production.

Check out these impressive posters for the film.

The Future and Science of Psychedelics

What Mobile Means for the World’s Biggest Brands

And for those that may be looking in from afar (or don’t feel like getting out of lodging), make sure to check out the live stream.