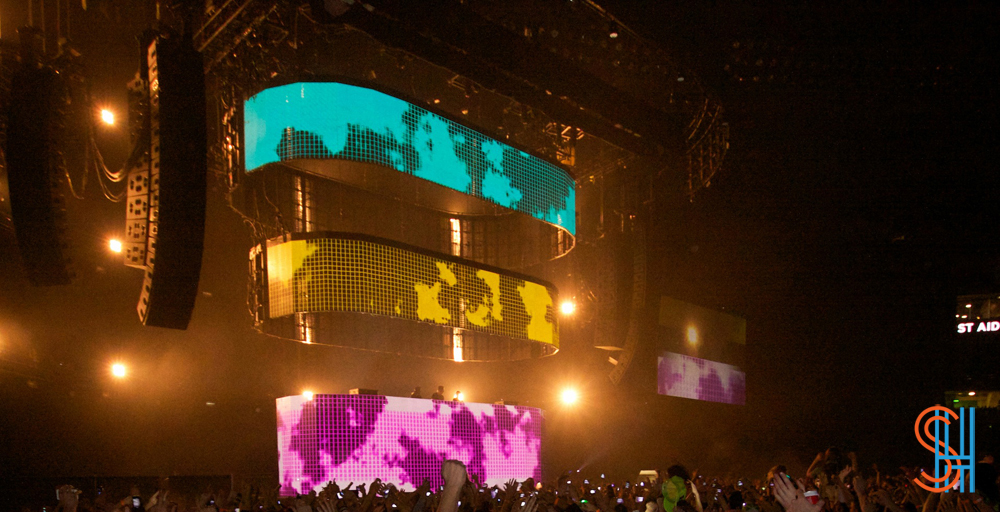 On Friday February 22nd and Saturday 23rd electronic dance music royalty Swedish House Mafia gathered 60,000 of their loyal party-going fans for two nights of  soldout fun at Toronto’s Rogers Centre. SHM, known individually as Axel “Axwell” Hedfors, Steve Angello and Sebastian Ingrosso took to the baseball stadium sized stage for a two-hour multimedia-laced music extravaganza. The ‘One Last Tour’ show started at 1o p.m. sharp, with the EDM trio dropping their Absolut Vodka funded “Greyhound” track with an animated, 3D loop of blinding light, occasional blasts of CO2, fireworks and fireball. Trust me, there was no lack of production here. Which, when you consider that the tickets for this show were well over a hundred dollars for what could effectively be called a prerecorded set, you better hope that the production was next level. And it was.

Even though this show marks the end of the Swedish super group, you can guarantee that this is only the beginning for these three mega super-star DJ’s. Take a look at the pictures below for an understand of the size of the massive EDM event, and watch the “Greyhound” video presented by Absolut Vodka. 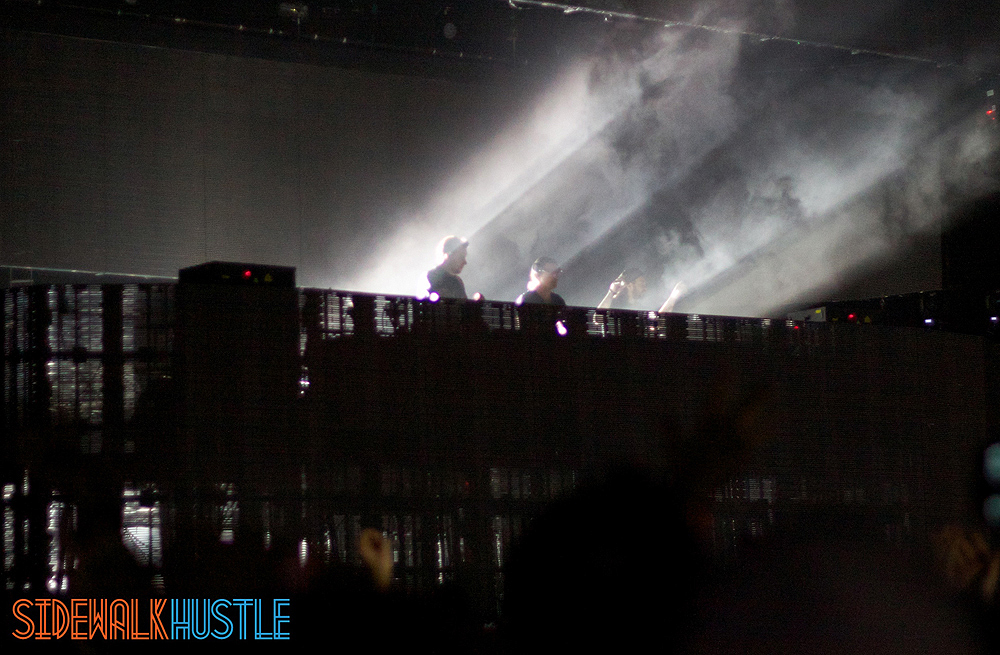 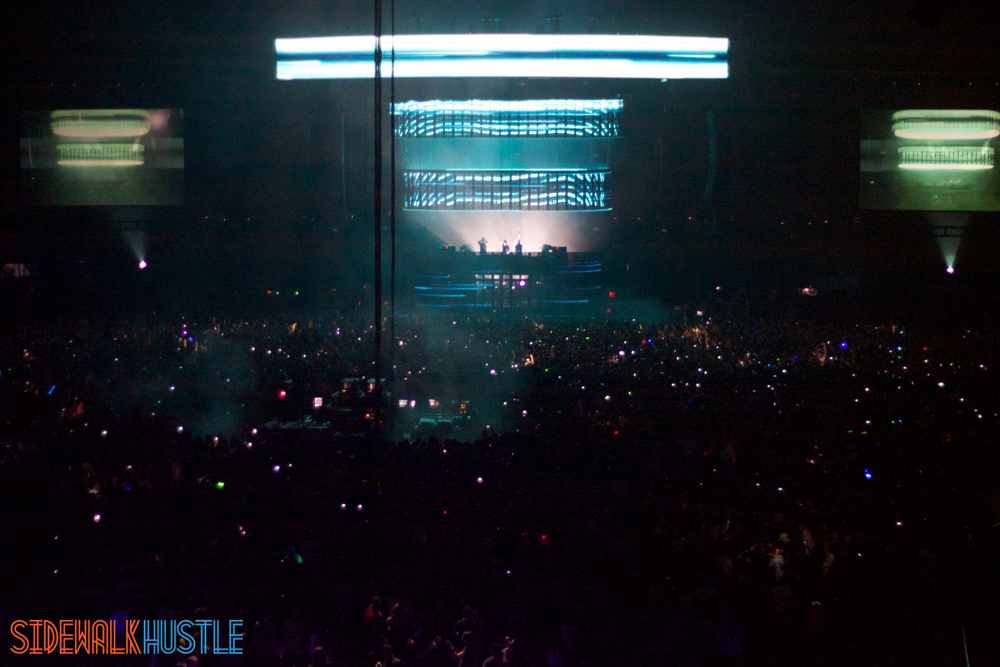 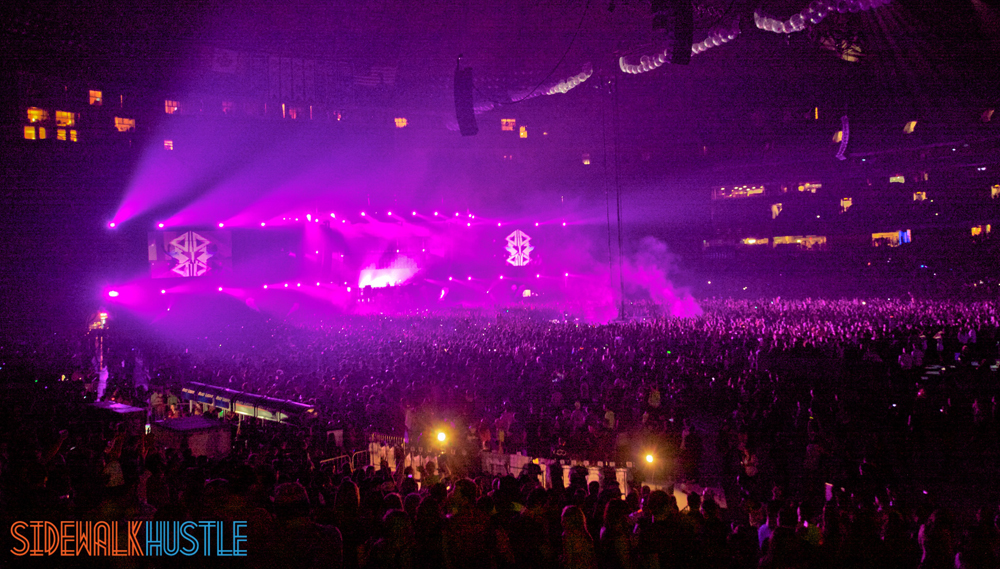