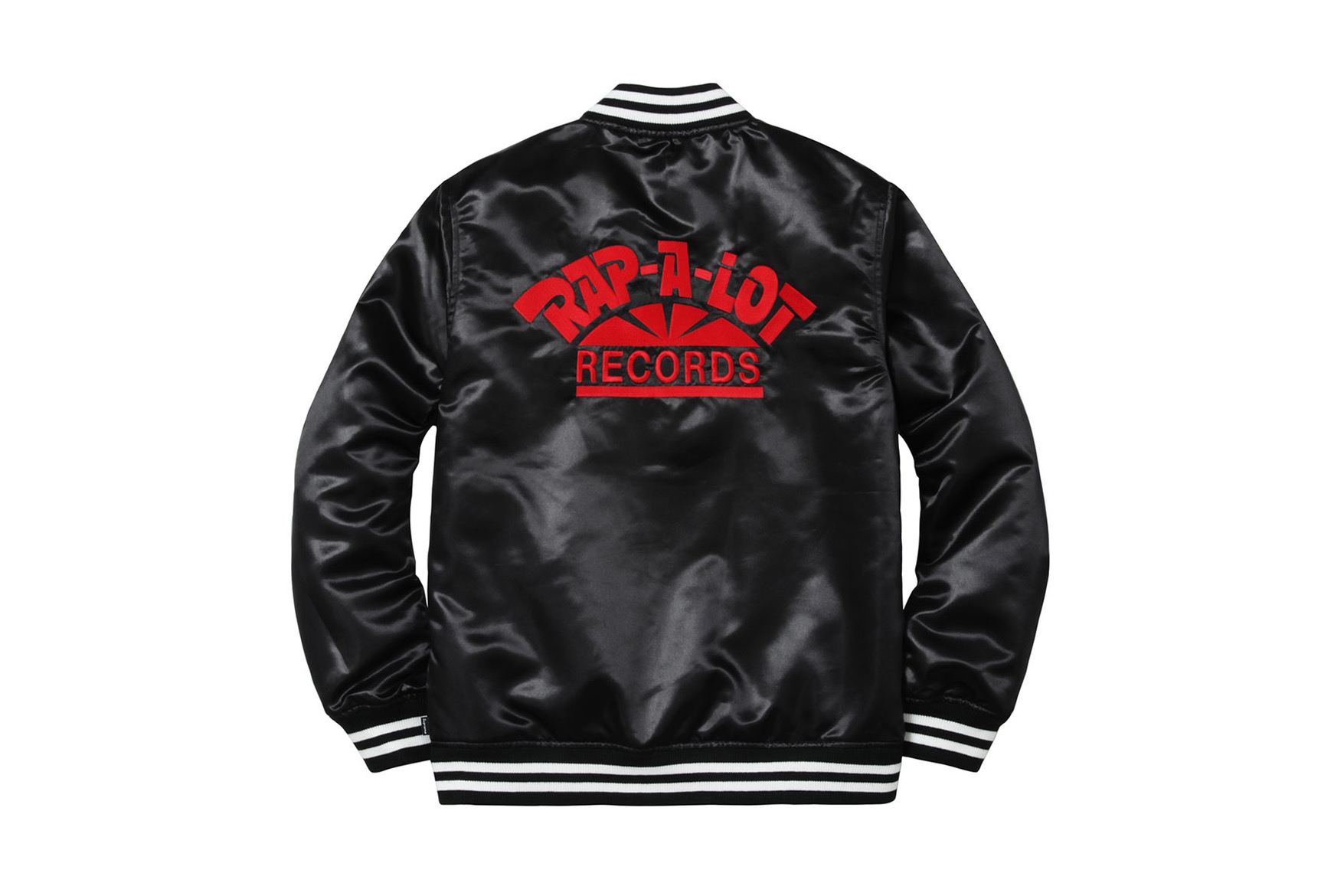 After unveiling their upcoming collaboration with The North Face, Supreme has announced a capsule collection with legendary Houston record label Rap-A-Lot Records.

The collection features a wide range of satin jackets, hoodies, tees, caps, beanies and a pillow – all featuring imagery from Rap-A-Lot and Geto Boys third studio album, We Can’t Be Stopped. The drop will also be accompanied by the four non-Rap-A-Lot graphic tees shown below.

The Supreme x Rap-A-Lot Records collection will be available at Supreme’s New York, Los Angeles, London and Paris locations (and online) on April 6. Japan will see a release on April 8. 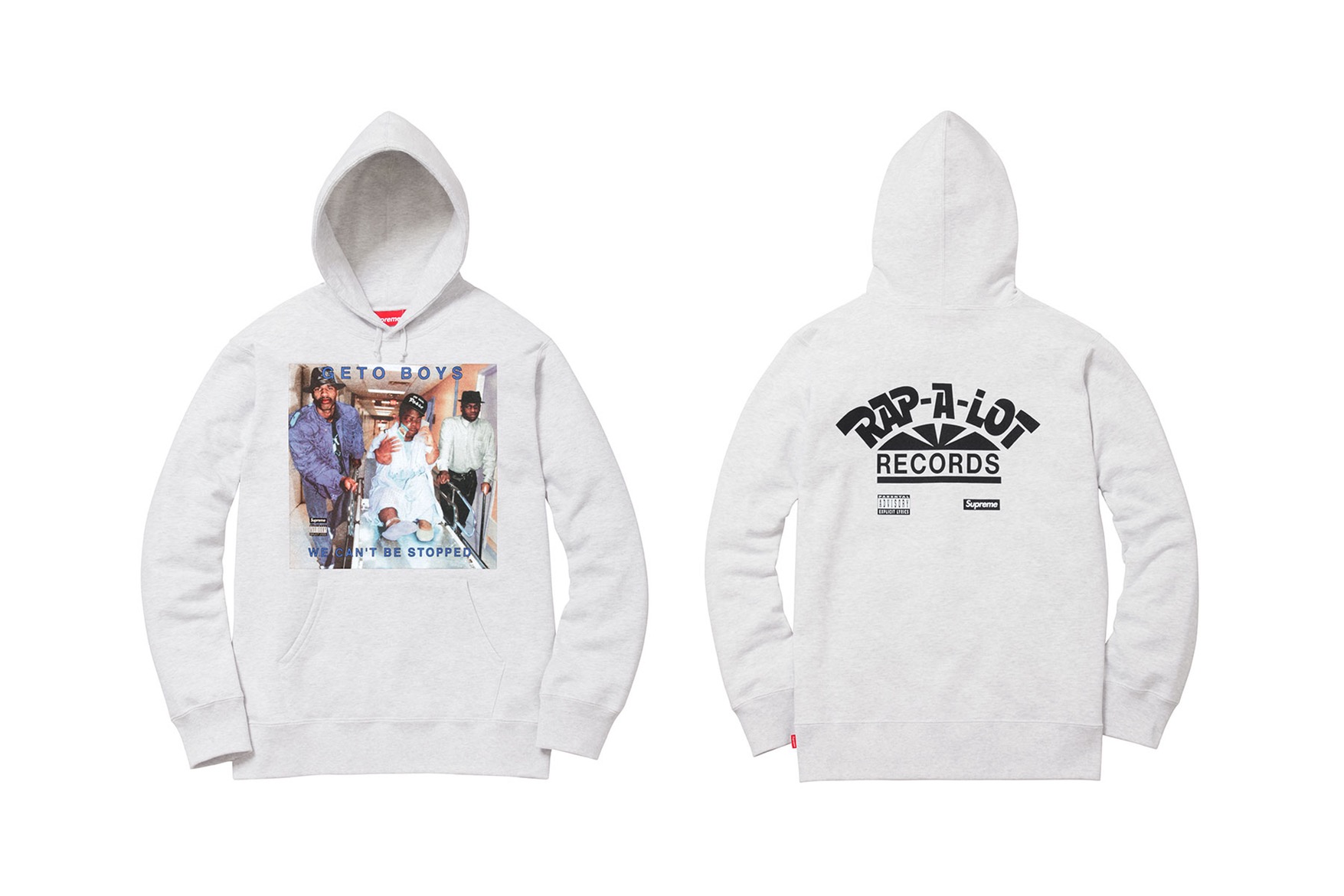 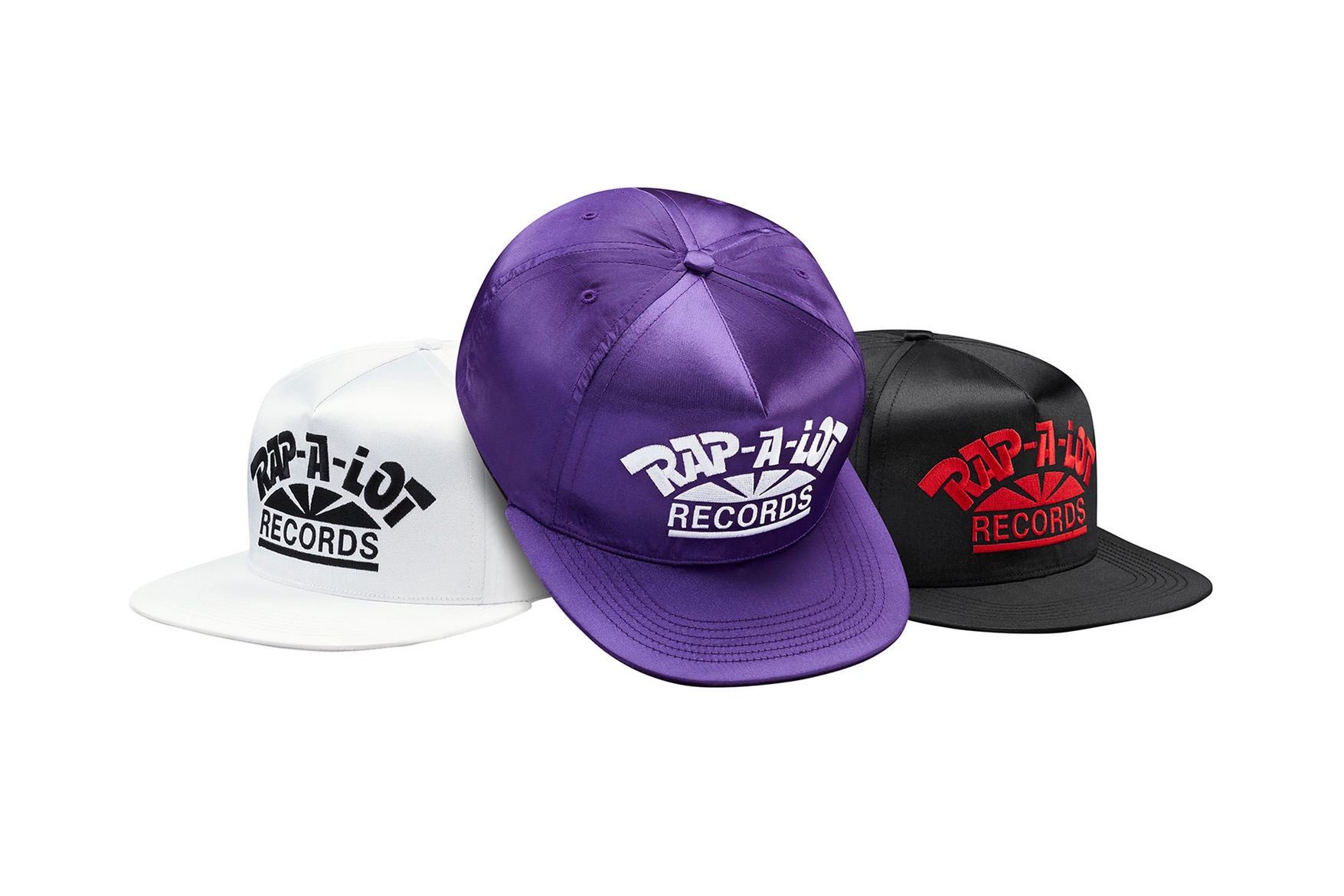 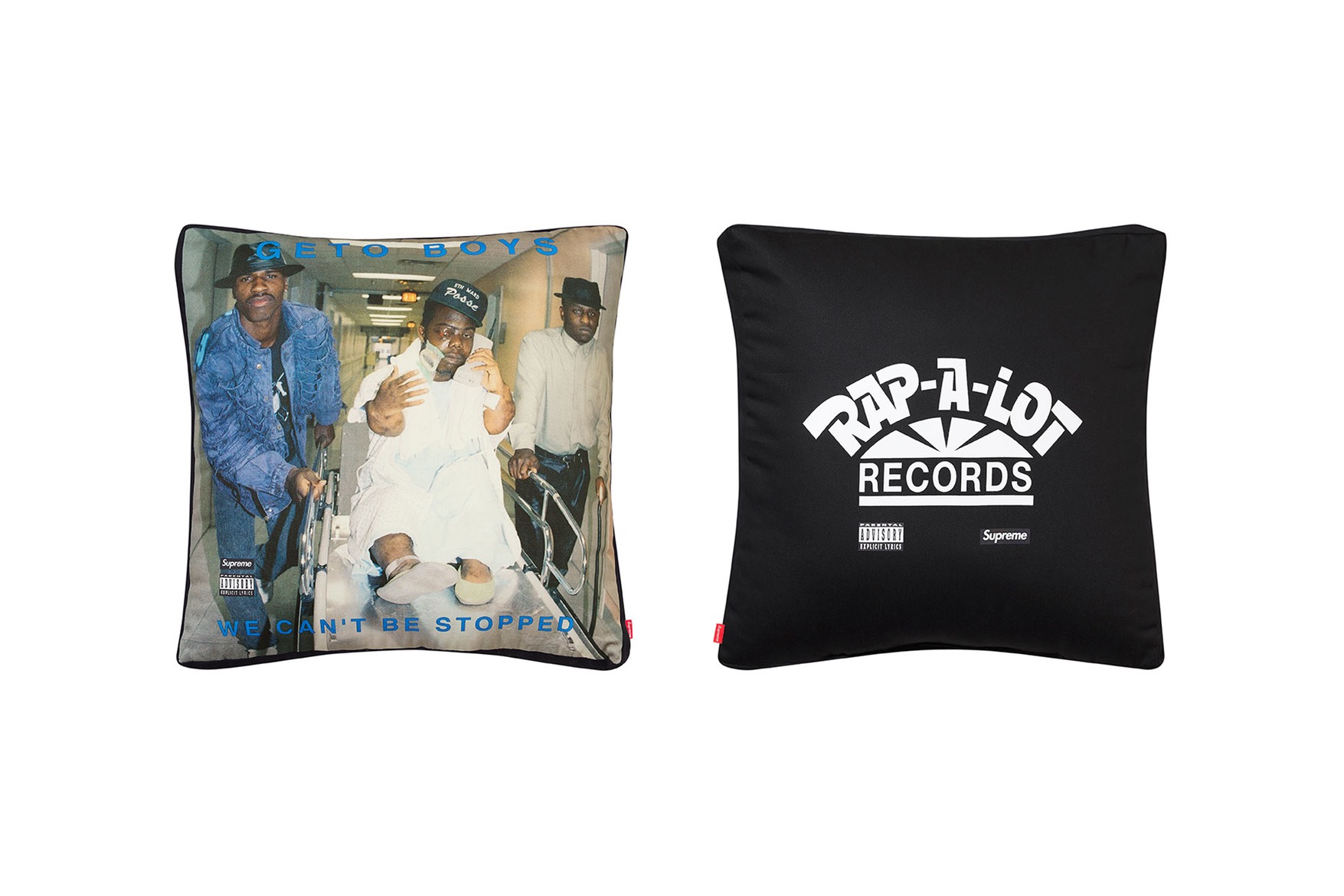 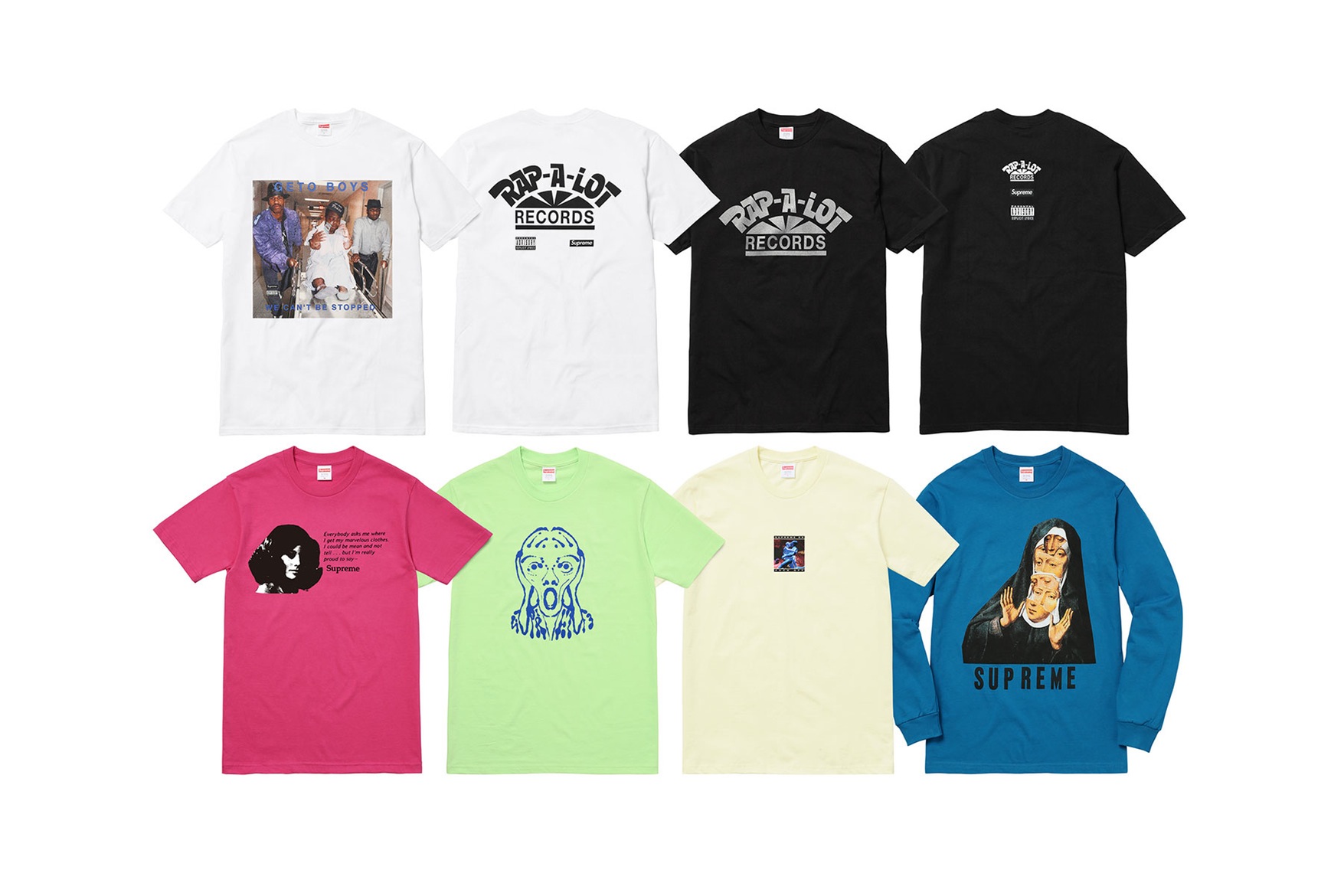