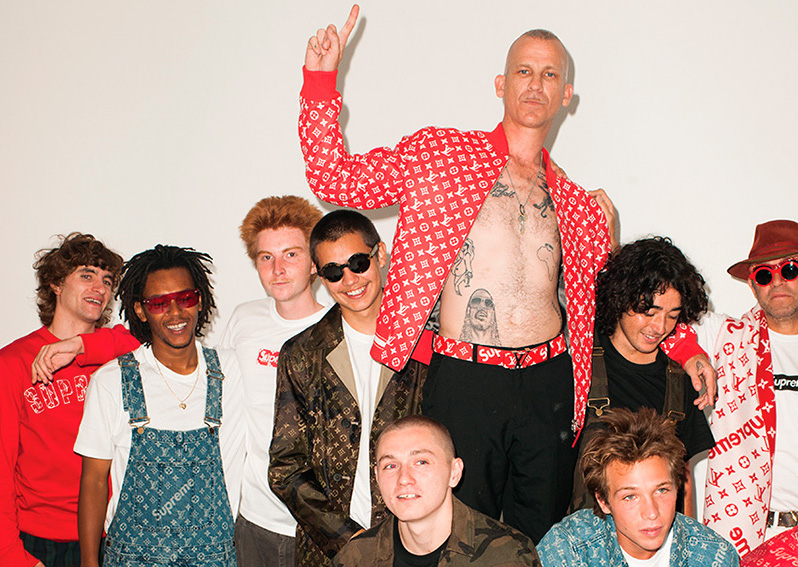 After launching their first collaborative collection through a series of exclusive pop-up shops, Supreme and Louis Vuitton have unveiled the official lookbook shot by Terry Richardson at his New York studio.

Check out some of our favourite looks below.