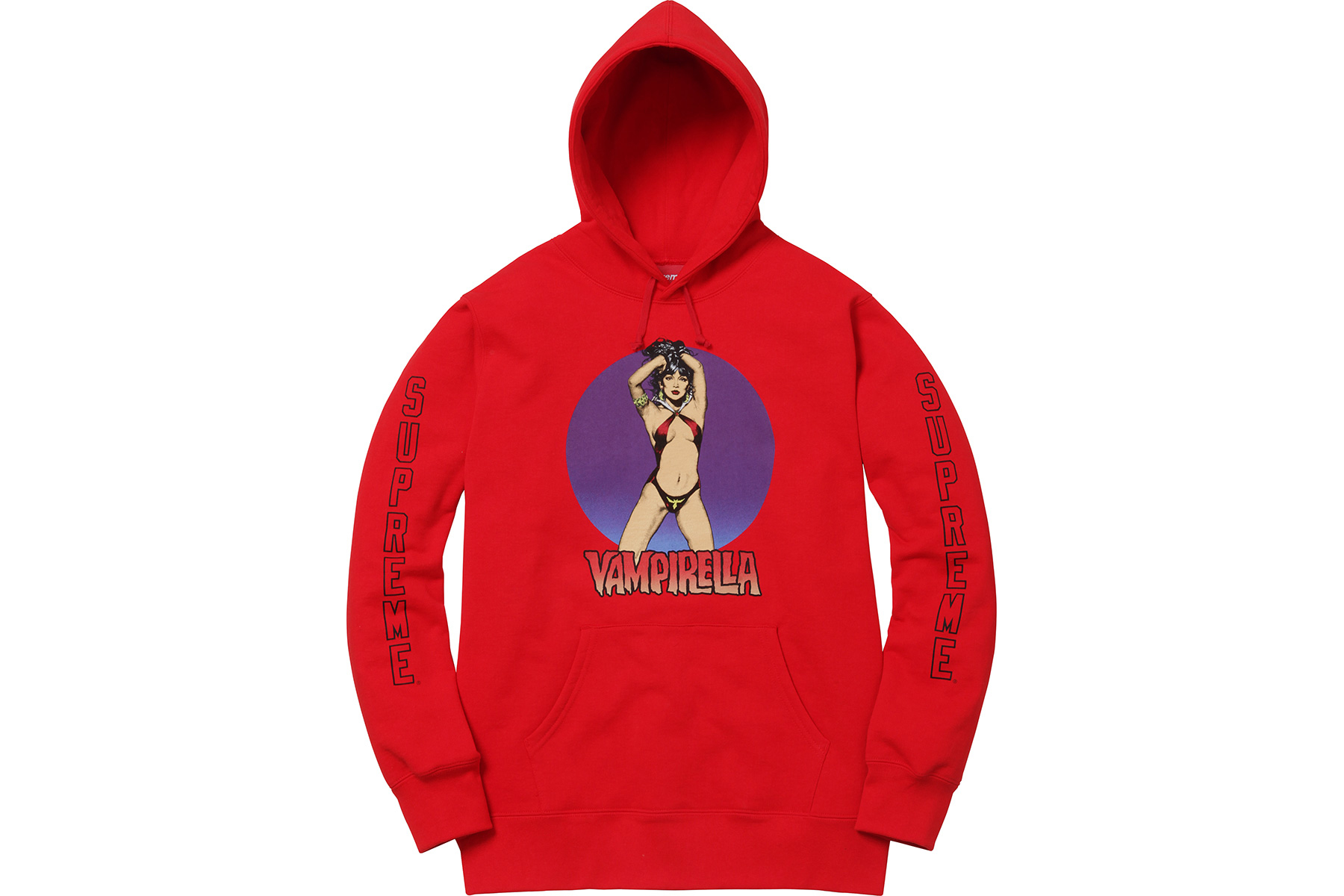 Supreme has taken to its Instagram to tease a forthcoming T-shirt design featuring the 1960’s comic book character Vampirella. We already saw Vampirella pieces in the Spring/Summer 2017 previews, both on a hoodie and a football jersey-inspired top, but this is the first we’ve seen of the T-shirt.

Vampirella was created by Forrest J. Ackerman and comic book artist Trina Robbins and first appeared in 1969 in Warren Publishing’s black and white horror comic Vampirella #1. The comic superheroine is known for her red one-piece bikini which she can be seen sporting on the Supreme pieces.

There’s no word from Supreme about when the Vampirella collection drops, but if they’re posting on their Instagram we’re willing to be it will be this Thursday. Will you cop?