As the rest of North America deals with the January blahs, the small mountain resort town of Park City Utah goes from sleepy getaway to thriving host of the largest independent film festival in the country, the Sundance Film Festival. As the tiny little town welcomes a massive influx of film buffs, actors, directors, crew, influencers, and all the brands who play a role (or want to play a role) in the film industry. The quaint Main Street turns into the epicentre of the independent film world where deals are made, stars are spotted, and people party late into the night. 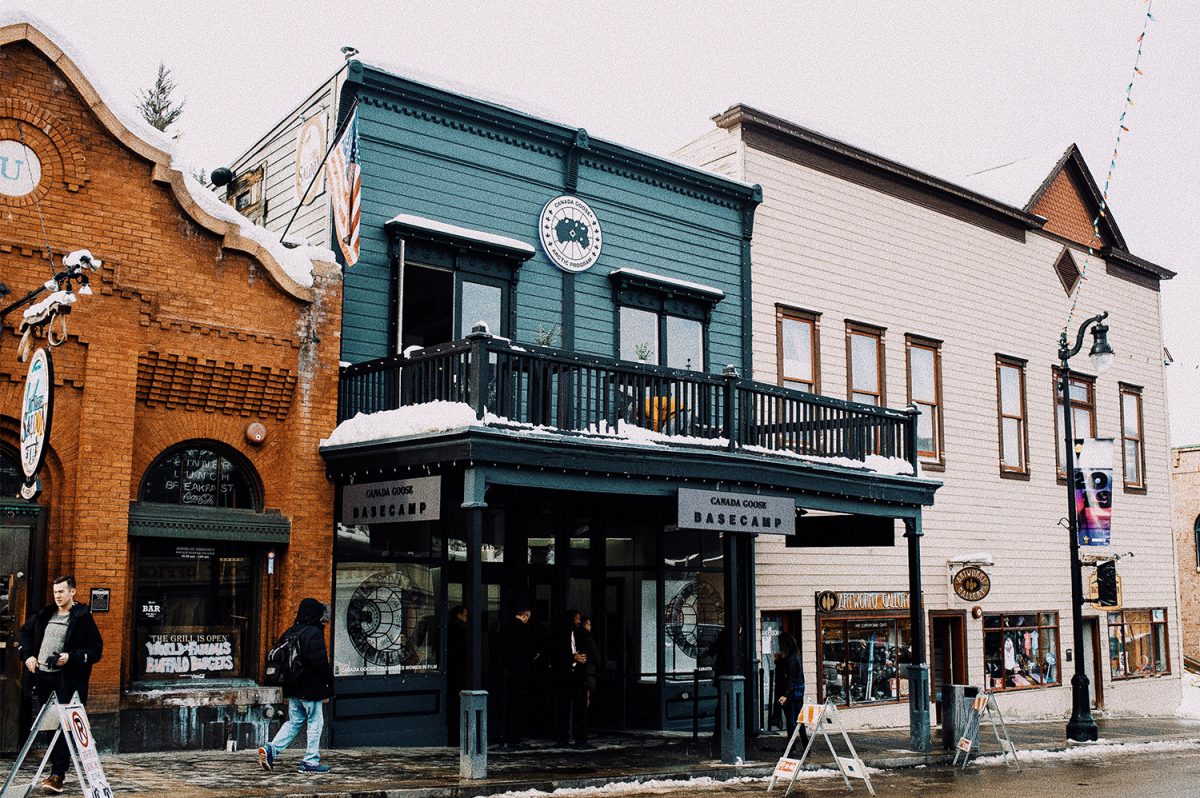 Continuing their long-standing and well-established relationship in the film industry, cold weather coat makers Canada Goose once again had a significant presence at Sundance. As an official sponsor of a number of film festivals around the world, the particular focus on rising talent and independent filmmaking that the Sundance Film Festival offers has always been a priority with the brand. Known as the “unofficial” jacket with film crews, Canada Goose parkas have been one of the must-have items on film sets anywhere it’s cold for over 20 years. For good reason. 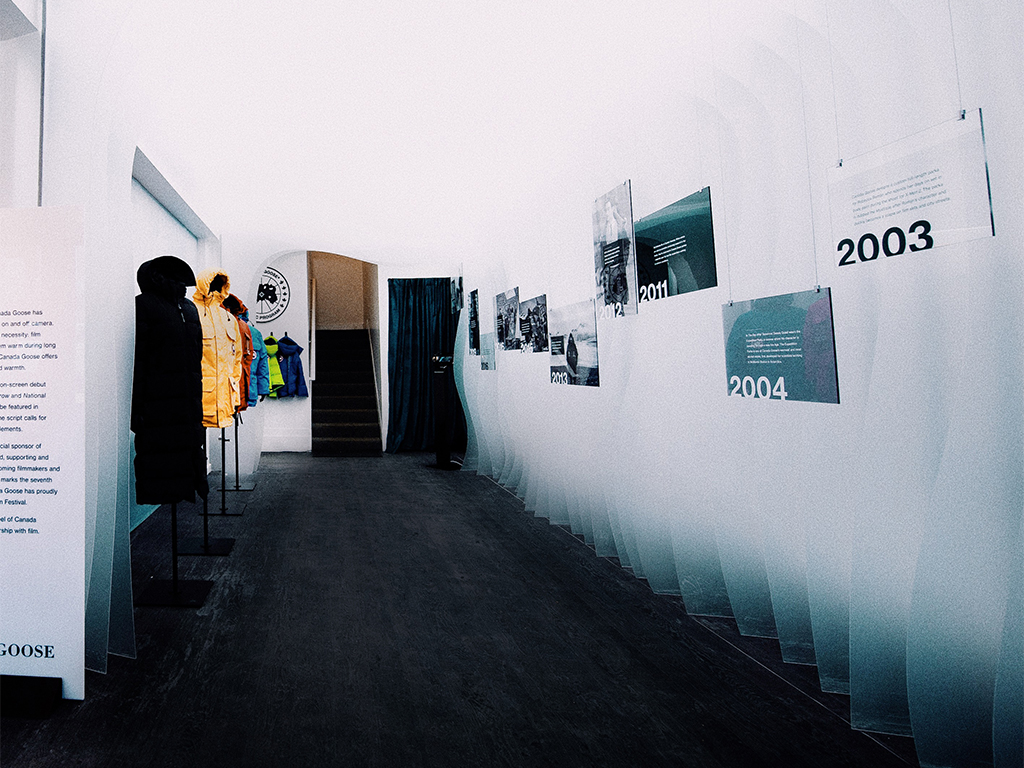 As part of their commitment to give back to the industries that utilize their product, Canada Goose set up a Basecamp along the main street in Park City offering passersby fresh hot coffee, a quick visual history of the brand, as well as a daily talk series featuring an assortment of experts in their field. Amongst the highlights of the Basecamp Talk series was a conversation with Mitchel Travers, the stylist on the film Late Night and Hanna Giorgis of the Atlantic Magazine, a discussion with Vice President of Design for Canada Goose Karuna Scheinfeld, and much more industry insider chats well outside the general purview of the brand. 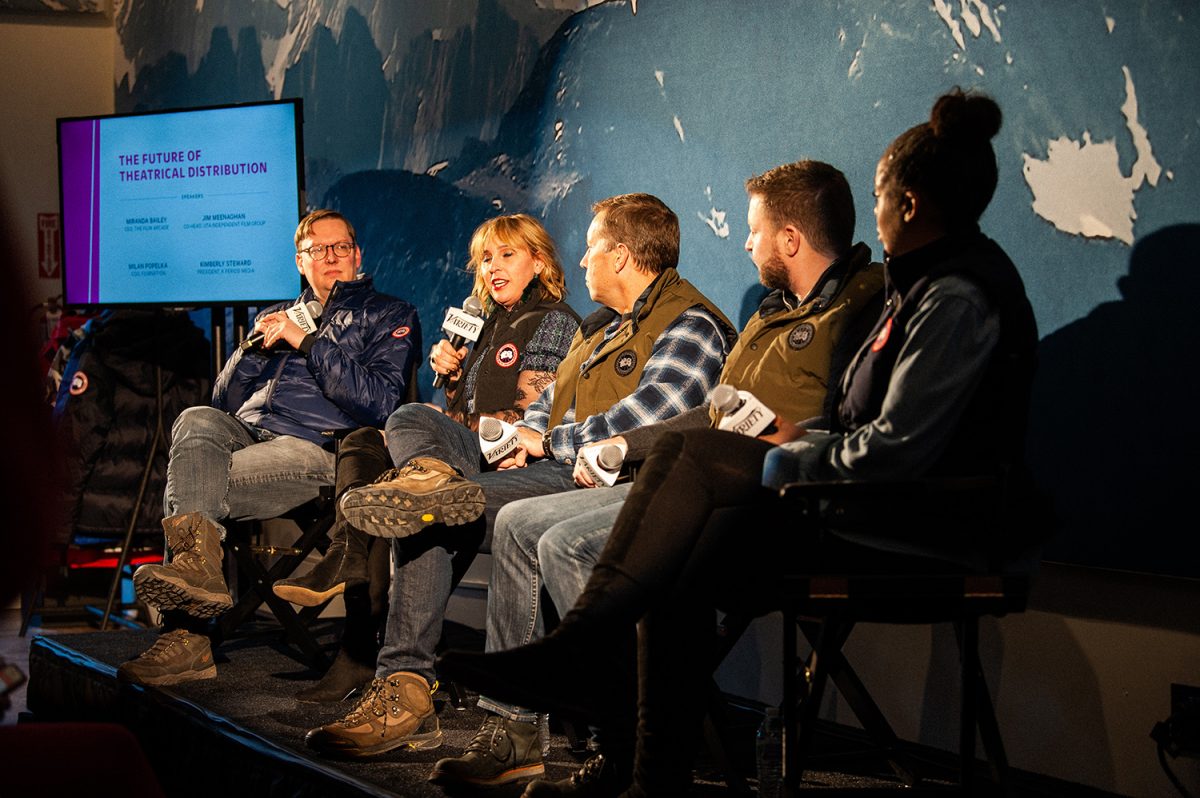 To wrap weekend one the Canada Goose Basecamp played host to IndieWire’s annual Female Filmmakers Dinner. IndieWire editor in chief, Dana Harris toasted to and celebrated women directors in the room like Kyra Sedgwick, Sophie Hyde, Jennifer Kent, Lulu Wang, Nisha Ganatra, Samantha Buck & Marie Schlingmann, Penny Lane, Martha Stephens, and Ursula Macfarlane. Even Kevin Bacon stopped by to have a quick drink with his wife and tell a joke about a famous people bus tour and the correct pronunciation of Kyra’s name (you had to be there). The dinner was a delightful celebration of a festival that saw an increase in women directors in submissions and acceptances.
Play
Pause

It’s no small feat for a brand to think beyond their product and invest resources, research and time into something that doesn’t directly affect the bottom line. Yet, as seen first hand by us this year it’s an investment that the Canadian brand happily makes and even thrives in doing. As part of their partnership, Canada Goose provided more than 300 filmmakers and jury members with signature jackets to keep them warm throughout the festival. It is this dedication and commitment that makes Canada Goose more than just a single purpose brand and one that has found their place at the proverbial table of the artistic community.