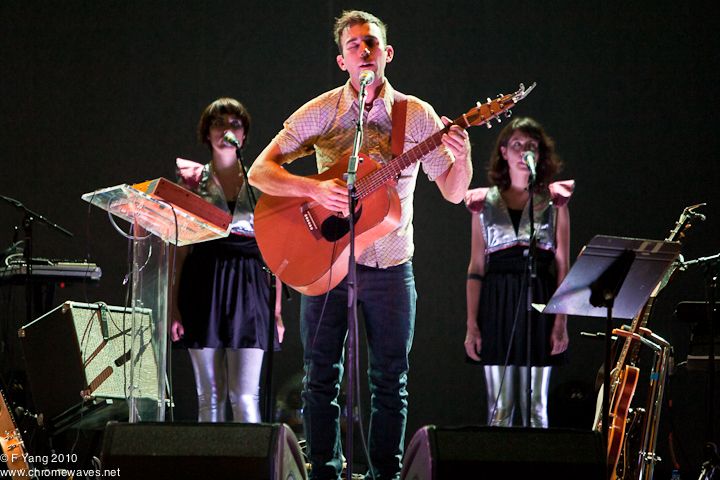 On Wednesday night we had the pleasure of indulging in one of our long unsatisfied musical cravings: Sufjan Stevens perform live… and it was well worth the wait.  Starting out with a 25-minute song cycle and continuing on for well over 2 hours, last nights show was a beautiful exploration of Sufjan’s emotional vulnerability through song. Every few songs he would stop to delve into his state of mind when writing  the particular track from The Age Of Adz, although his incredible genius needs no explanation especially when playing to Toronto’s packed Massey Hall.

However, don’t discount the man, he’s still a performer and knows what the audience WANTS to hear, and as such, closed out the two hour set with the intensely brilliant “Chicago” off of his highly acclaimed Come On Feel The Illinoise! album.  For the encore Sufjan came out solo, leaving his 10 person band behind to perform two more classic songs “Concerning The UFO Sighting Near Highland, Illinois” and “John Wayne Gacy, Jr”. Only Sufjan and his beautiful trembling voice could sing a divine yet heart wrenching song about a notorious American serial killer.

We aren’t normally down with the two hour epically operatic concerts, especially when they are at the legendary Massey Hall. (Why you ask? Because it’s a seated venue. What! No standing? Nope, no standing. In fact the security came along and asked people to sit down. REALLY???) Ambiance-related factors aside, the mood was right, and we were more than willing to give Sufjan a chance and it was well worth it to see him open his heart to us.

The Age Of Adz is a beautiful album and we strongly encourage you pick yourself up a copy. 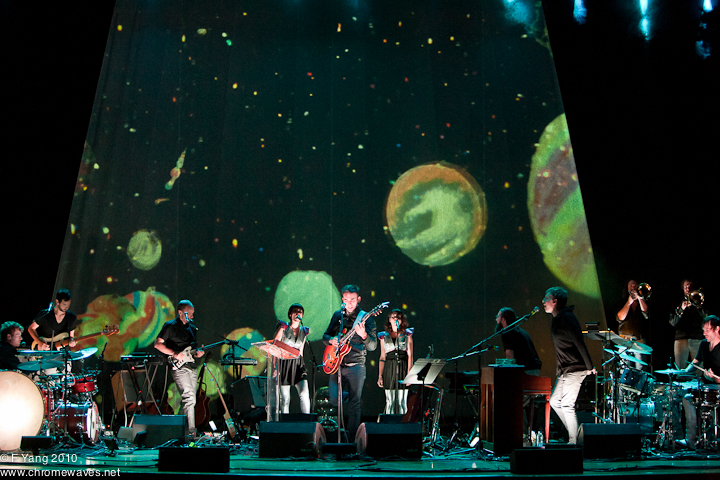 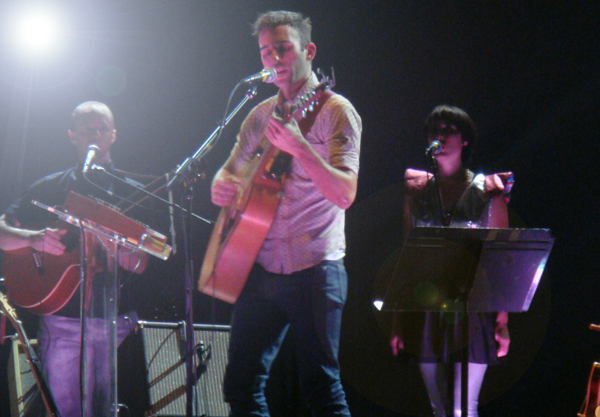