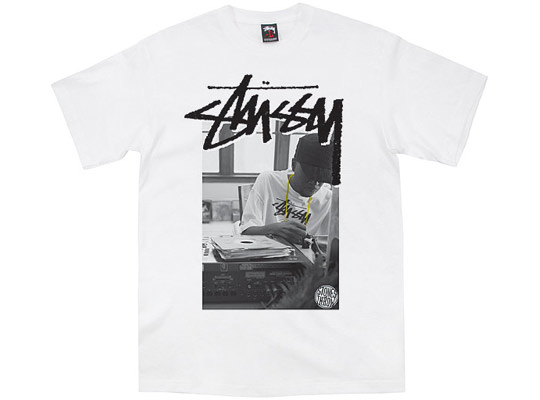 Stussy and Stones Throw Records have gotten together for a very special officially licensed, limited edition release t-shirt to pay homage to the legendary hip hop producer/DJ/rapper J Dilla. The picture Stussy decided to use is a classic shot of Dilla, taken by Raph Rashid in Dilla’s L.A. dining room-turned-studio, summer 2005, for his book Behind The Beat: Hip-Hop Home Studios and will be released February 13, 2010 in black and white. This tee is officially licensed with J Dilla’s heirs, who have recently announced a reorganization of the J Dilla Estate (read here) and will be available through stonesthrow online, as well as at Stussy clothing locations.