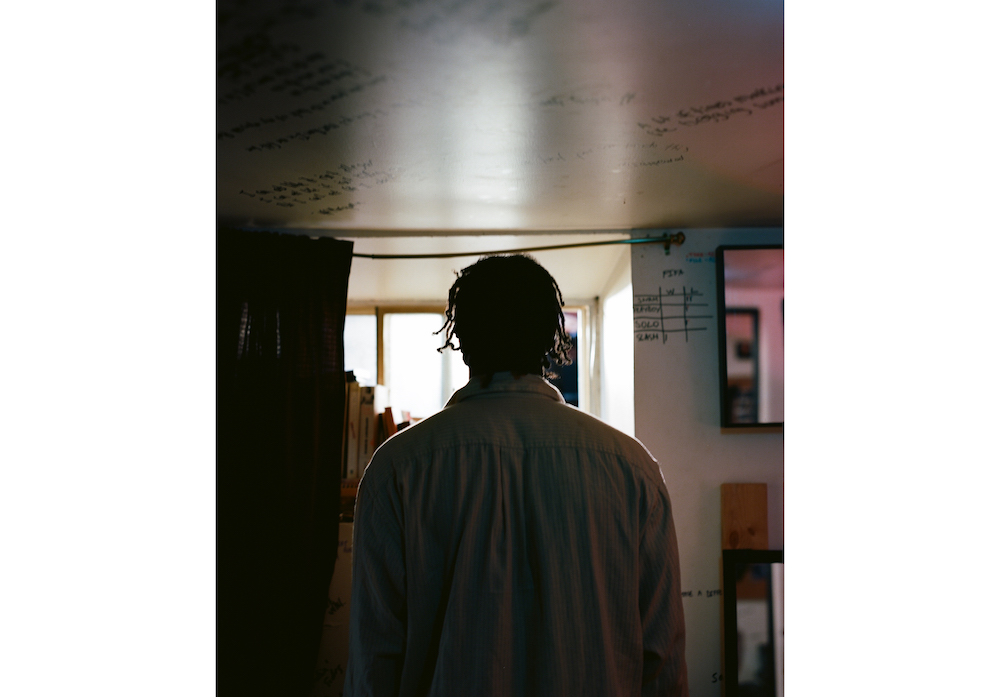 After a summer of experimental singles, performances and numerous hints about a mysterious upcoming project, Toronto artist Sean Leon has returned with a 32-minute audio film titled Sean Leon (The Death Of).

The project contains twelve movements but is currently formatted on streaming services as one long 32-minute track. Following in the footsteps of his expansive I Think You’ve Gone Mad and C.C.W.M.T.T., Leon once again takes listeners through a multilayered audio journey that is meant to be experienced as a whole.

“It’s 32 minutes long simply because it was designed to be,” said Leon in a press release. “It’s cinematic, gripping, layered, and nuanced because that’s how life is. It’s complex because humans are. None of us are singular, we are all infinite, we are all walking universes, vast enough to contain all the contradictions. I wanted to score that. I wanted to challenge the status quo. I’m all about that, and not only to separate myself from my contemporaries but because it’s necessary to grow, it’s necessary for change.”

The cover art, shot by Toronto photographer Christian Fortino, sees Leon looking out the small window of his Parkdale basement (known to fans as Maison Maui). “As we spoke, it seemed like he was ready to leave this place,” said Fortino. “That’s how I knew I had to capture an image of the light pouring into the window, him looking out ready to leave. It makes sense to me that Sean chose this image for the cover, it really speaks to how real the raps are.”

Stream the audio film below and stay tuned to Leon’s Instagram for details about a three-part event series kicking off at Free Space on October 11.