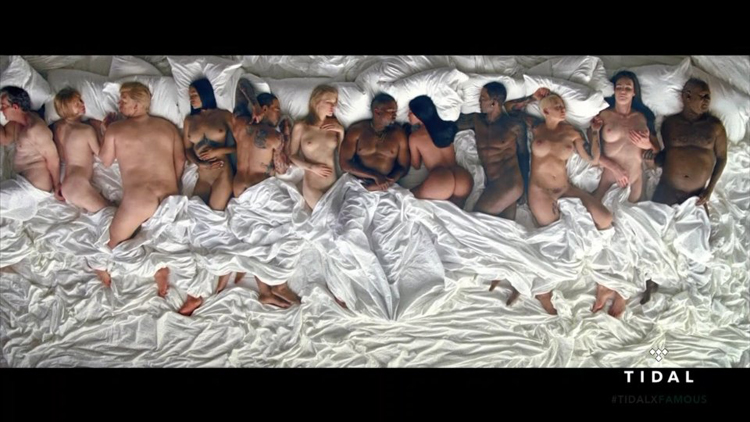 Late last night, Kanye threw one more party in LA with the screening of his video “Famous,” the first single off The Life of Pablo during two screenings at The Forum in Inglewood, California. The controversial video was filmed over a three month period and is 100% NSFW. Featuring 12 very nude celebrity nudes, including (and in order from left to right) George W. Bush, Anna Wintour, Donald Trump, Rihanna, Chris Brown, Taylor Swift, Kanye, Kim Kardashian, Ray J, Amber Rose, Caitlyn Jenner, and Bill Cosby. Damn! This is a “famous” representation/interpretation of Vincent Desiderio’s “Sleep” painting

Once “Famous” is over, the video leads into “Father Stretch My Hands Pt. 1” with Kid Cudi singing “beautiful morning” and an image of a sunrise fills the screen.