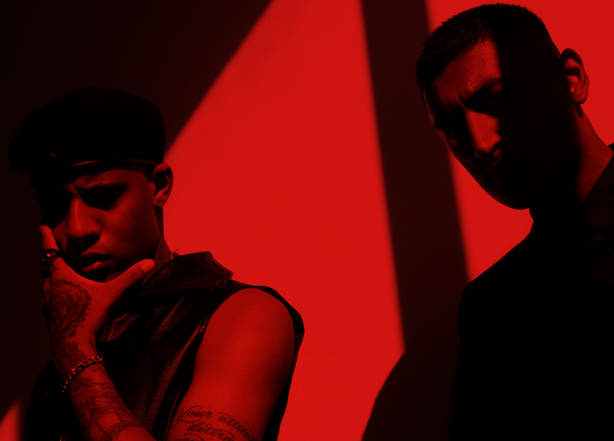 Fasten your seatbelts because Just John and Dom Dias have returned in full force.

Back in the summer, we introduced you to the Toronto-based rapper/producer by way of their debut single and music video, “Soundboi.” That track was a huge change of pace for both artists and marked the beginning of a creative partnership that would lead to the release of their three-track DON EP and a new deal with Warner Music Canada for a follow-up.

The new EP is a further exploration of that floor-shaking sound of their first DON project and once again finds John delivering rhymes after rhyme over Dom’s explosive and experimental production. Beginning with sounds of fireworks and the signature “Dom made a heater” tag, the project’s intro “Mirror (Fireworks)” sets the tone as John reintroduces himself as the “biggest flexer of them all.” Another true highlight is the grime-inspired “Bag” which finds John talking economics and absolutely never sharing his location. Finally, the EP concludes with an updated version of the single that took over the Queen West rap scene and put the duo on the map.

Turn your speakers up and stream the project below. Revisit our interview and premiere of the duo’s music video for “SOUNDBOI” here.