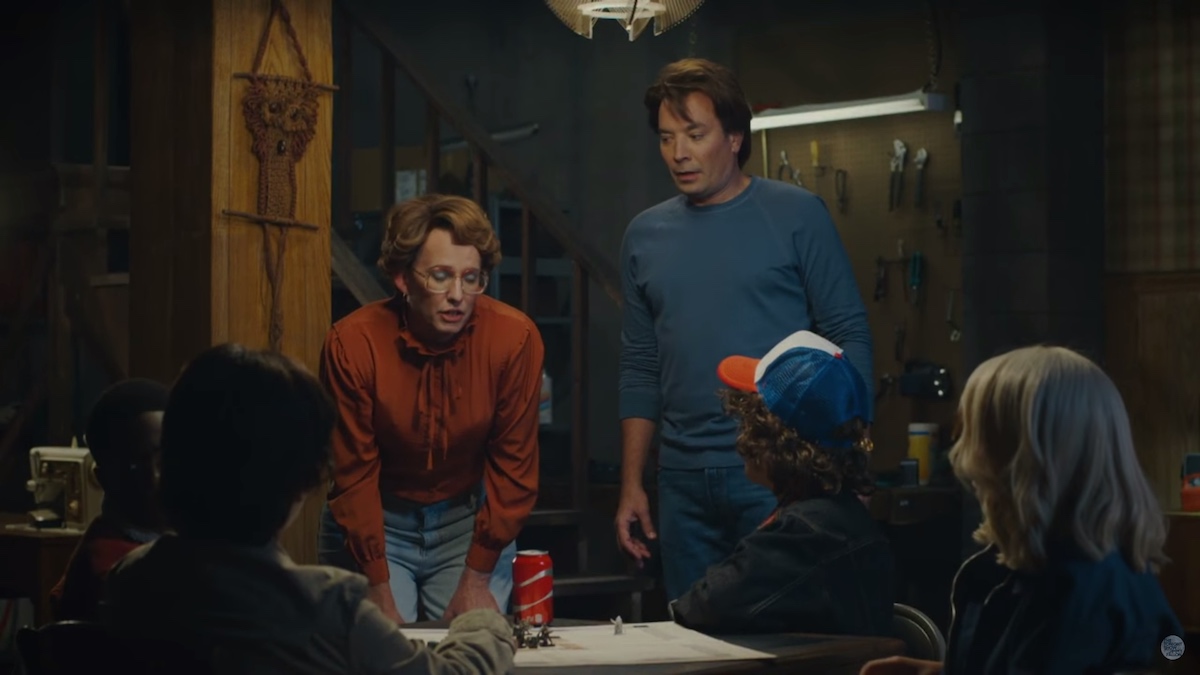 With Netflix confirming a second season of Stranger Things, viewers are already speculating what to expect from the series next summer. Creators Matt and Ross Duffer have addressed one of the biggest concerns amongst avid fans: “We’ll make sure there’s some justice for Barb.” Major spoiler alert: the beloved character, Barb, dies in season one.

Jimmy Fallon’s Tonight Show whipped up a sketch with a few of the starring cast members from Stranger Things to address the controversy behind Barb’s storyline. Fallon steps in as airhead Steve Harrington while Eleven reluctantly nibbles the corner of an Eggo waffle as “Barb” is resurrected from The Upside Down.