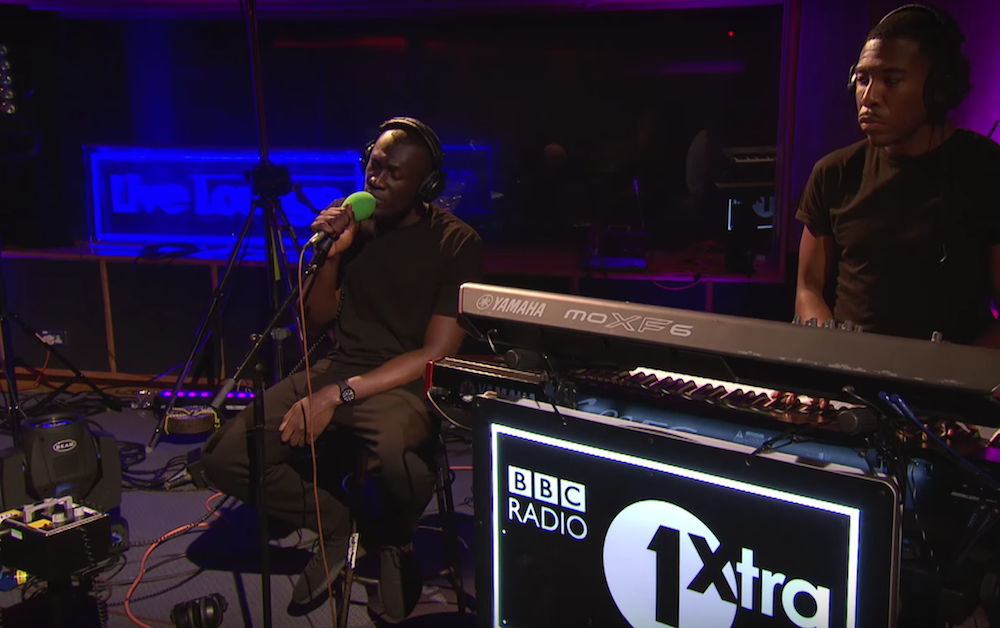 One month after the release of his debut album Gang Signs & Prayer, Stormzy dropped by BBC Radio 1Xtra to put on one hell of a Live Lounge.

The London MC brought along a handful of grime’s greatest to throw down live recordings of tracks off his album – Wretch 32, JHus, and the one and only Ghetts. Songwriter MNEK also stopped in to perform “Blinded by Your Grace Pt. 2” off Gang Signs & Prayer. Stormzy rounded out his Live Lounge with a cover of Frank Ocean’s “Godspeed.”

Watch the full Live Lounge above.