Stormzy Brings Grime To Brooklyn In His NYC Debut

In about two weeks time, Stormzy will play the Brighton Dome, a UK venue that holds nearly 2,000 people. This Sunday, he made his New York City debut in the considerably smaller Market Hotel in Brooklyn. The towering grime MC confessed to an ardent sold out crowd of multicultural and multigenerational fans that he was unsure how America would react to him, especially a notoriously picky city like NYC. The choice of a newly reopened DIY venue sitting on the intersection that inspired Mos Def’s “I’m blacker than midnight on Broadway and Myrtle” line in “Mathematics” is pretty special. Grime, like many sub-genres of hip-hop in the U.S., makes light of certain circumstances but also points out the bullshit. During his set, Stormzy performed his Lethal Bizzle collaboration “Dude,” criticizing grime’s reception.

Skepta peaked American interest for grime with last year’s “Shutdown” and artists like Stormzy are laying the groundwork for the genre to fully make its way over here. Dressed in a fresh blue Adidas tracksuit set, Stormzy commanded the attention of nearly 500 people at Market Hotel, much like a young king holding court. When he hit some technical issues, he took the venue’s sound engineer to task, asking him not to ruin this “historic grime moment.” Recreating the vibe from his hometown shows, he whipped the crowd into a frenzy, inciting mosh pits and chants. The 22-year old may have just made his NYC debut, but he takes his role as a grime ambassador very seriously. Given the spotlight the BRITS inadvertently shone on rappers in the UK, Stormzy understands how important 2016 is not only for himself but for his brothers and sisters making music back home. 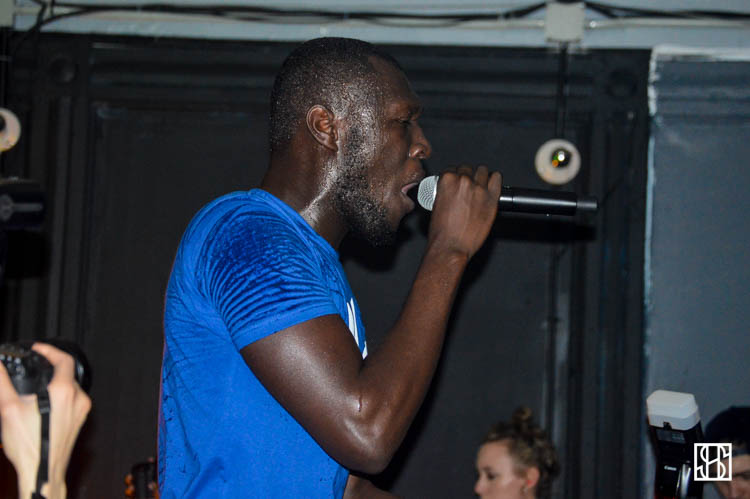 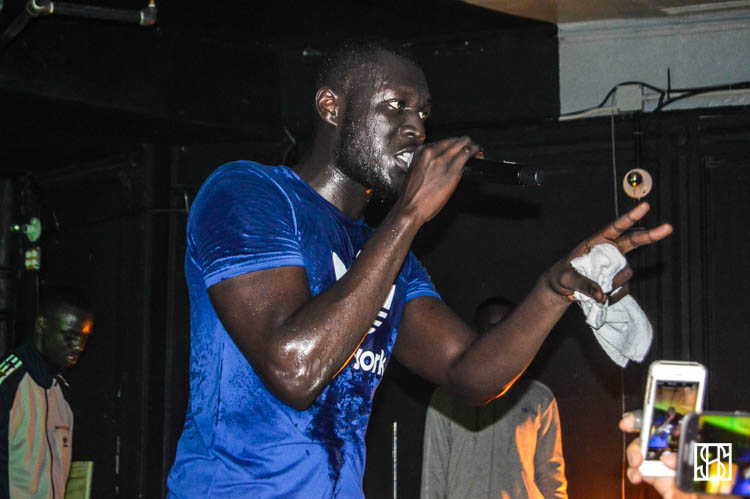 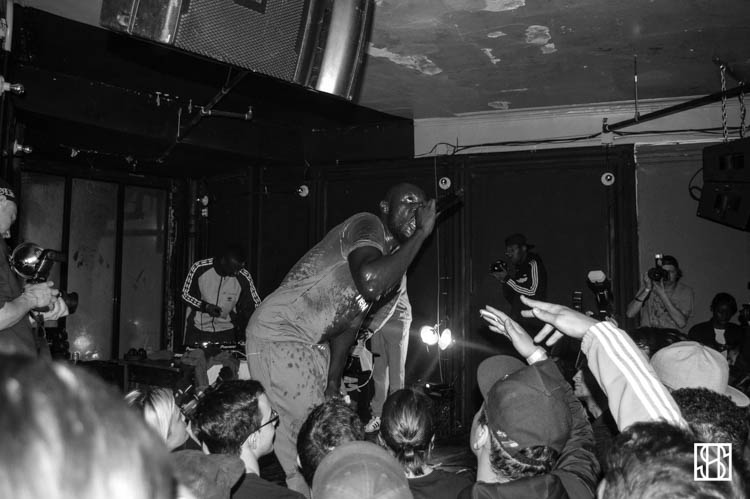 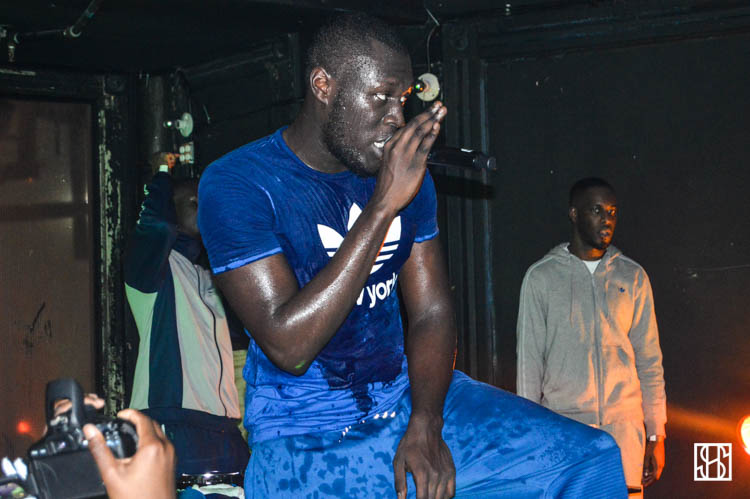 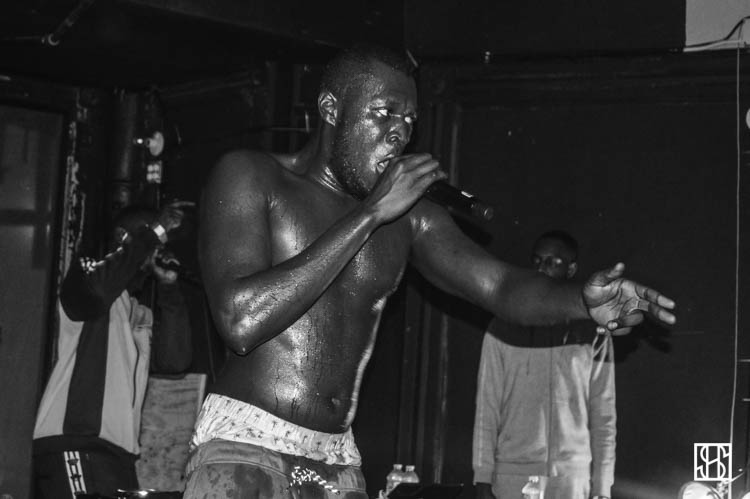 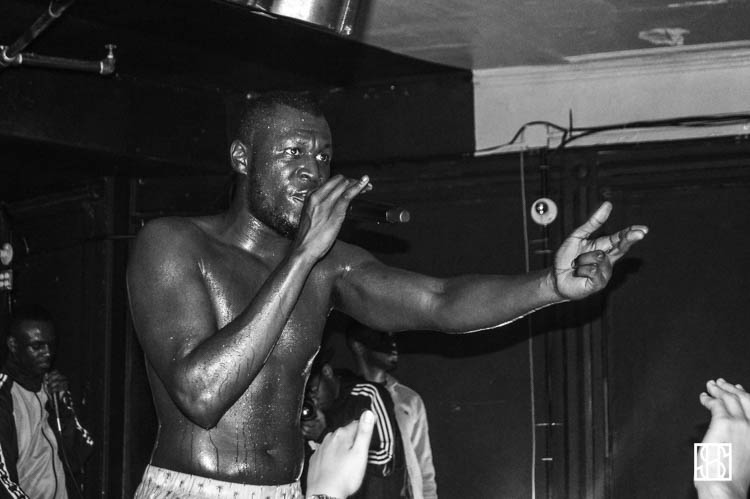 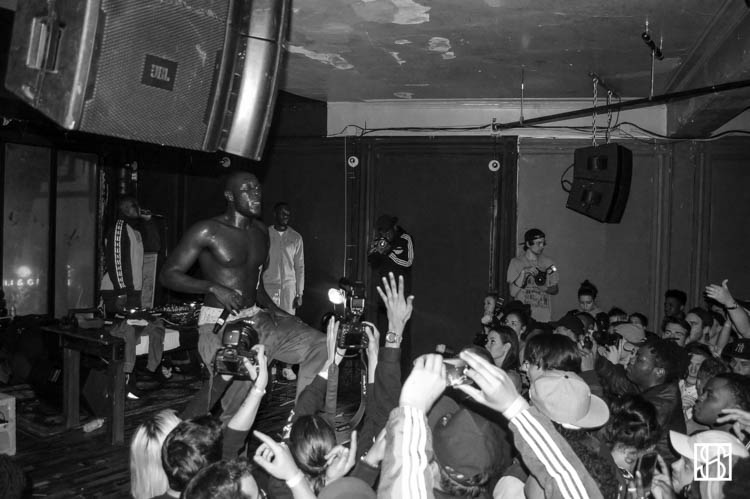 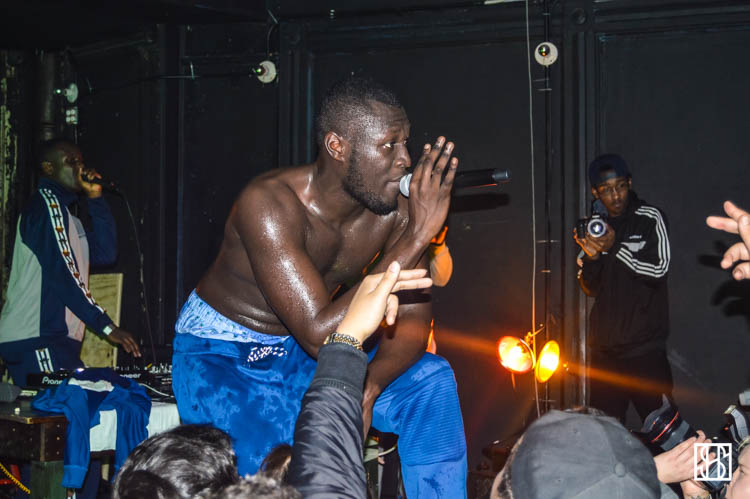