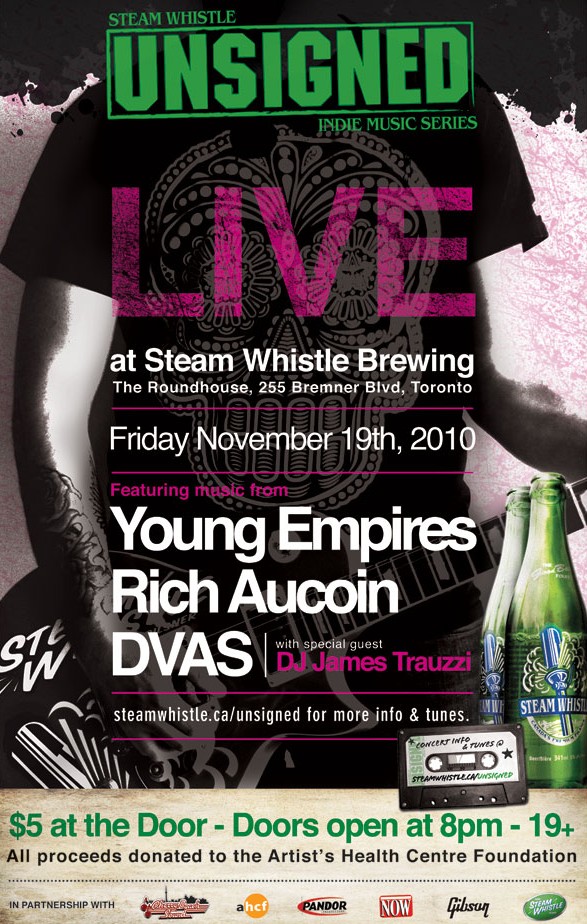 If you aren’t already a regular at Steam Whistle’s UNSIGNED Indie Music Series, tomorrow’s lineup featuring Young Empires, Rich Aucoin, and DVAS is the series to get you coming back again and again.

This time around it’s more a dance party than the usual rock-show and we’re really excited to see Toronto disco-haute poppers Young Empires play along side everyday favorite Rich Aucoin and the much buzzed DVAS.

We checked out DVAS last year during Canadian Music Week with two UNSIGNED alums Parallels and Styrofoam Ones, and to be honest although their energy and banter was hilarious, we didn’t take to their sound finding it a bit difficult to distinguish a genre. With the news of their latest album Society which dropped this week there’s been a lot of positive buzz so we’re excited to give them another listen live.

We’ve been to nearly every series, each one a little bit different in style appealing to diverse tastes, with all proceeds going to a great local cause, the Artists’ Health Centre Foundation.

To get a taste for what to expect tomorrow check out Young Empires “Rain of Gold”, Rich Aucoin’s “Superman”, and DVAS “Society”. 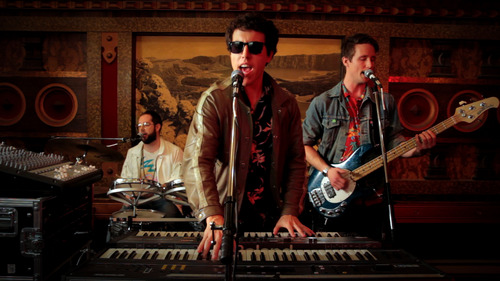