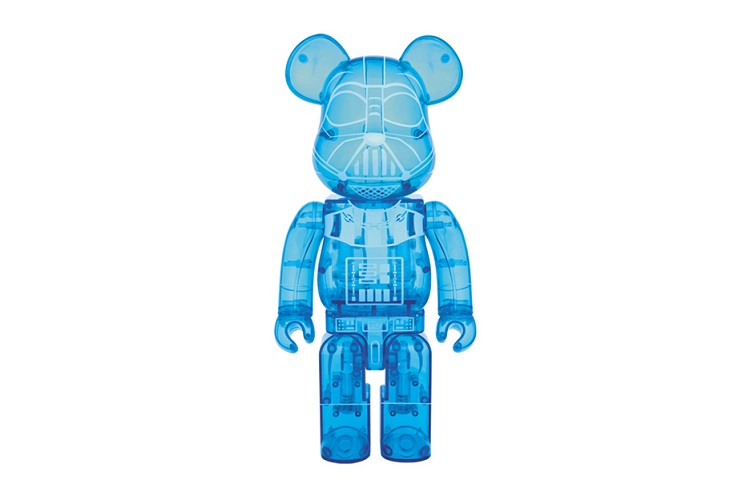 If you couldn’t tell, we’re very excited for the upcoming Star Wars film, and somehow we suspect we’re not the only ones. In order to keep us hyped until the December release, Medicom Toy has crafted a new BE@RBRICK in the likeness of the man you love to hate, Darth Vader himself. But it isn’t just boring old Vader, it’s actually the holographic projection version we’ve seen utilized throughout the older films. The base of the BE@RBRICK is made from translucent plastic in an almost azure colouring, with detailing done in white on the surface. This limited edition Vader will be available in a 400% as well as a 1000% from official Medicom Toy shops worldwide, as well as their online stores on October 31st.