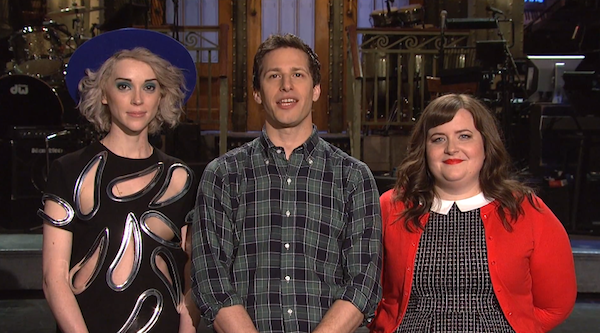 St. Vincent is set to appear on the season finale of Saturday Night Live tonight as the musical guest and they have of course released a hilarious set of promo clips to promote the show.

Annie Clark is joined by Andy Samberg in these hilarious clips in which he wears an earring and awkwardly flirts with cast member Aidy Bryant.

Be sure to catch her on the show tonight!